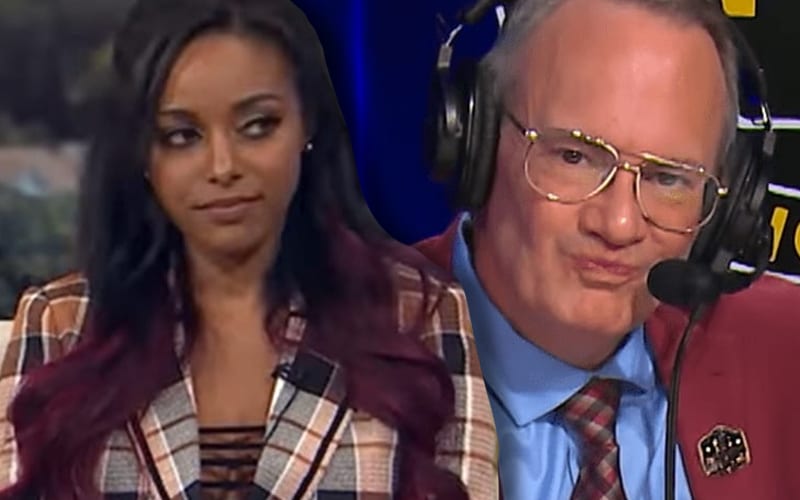 AEW opened their doors and promised to change the pro wrestling world. They hired people who they trusted to do the jobs they needed to fulfill, but prior experience wasn’t necessarily mandatory.

AEW’s CBO Brandi Rhodes recently left Twitter. This caused a bit of a stir and people noticed right away that AEW’s Chief Brand Officer left the popular social media platform. During his Jim Cornette’s Drive-Thru podcast, Cornette had a chance to open up about AEW performers leaving Twitter among other things.

AEW Heels brought a bit of controversy, and Cornette said he’s heard “mixed messages about how it’s been received.” Then when Brandi’s departure from Twitter was brought up Cornette was pretty shocked to hear that.

Cornette stated that Brandi had no prior experience in being a CBO before AEW. He said that “All Friends Wrestling” hires their friends, and not who is qualified for the job.

Cornette also took this chance to mention Dana Massie, Matt Jackson’s wife and how she had no prior experience in running merchandising for a major company. He compared his own experiences in the wrestling business and instances of people hiring their friends. None of those stories that Cornette referenced turned out well.

You can check out the entire clip below as Cornette’s YouTube channel snipped out the portion where he discussed All Elite Wrestling. Sound off in the comments section and let’s get a discussion going!