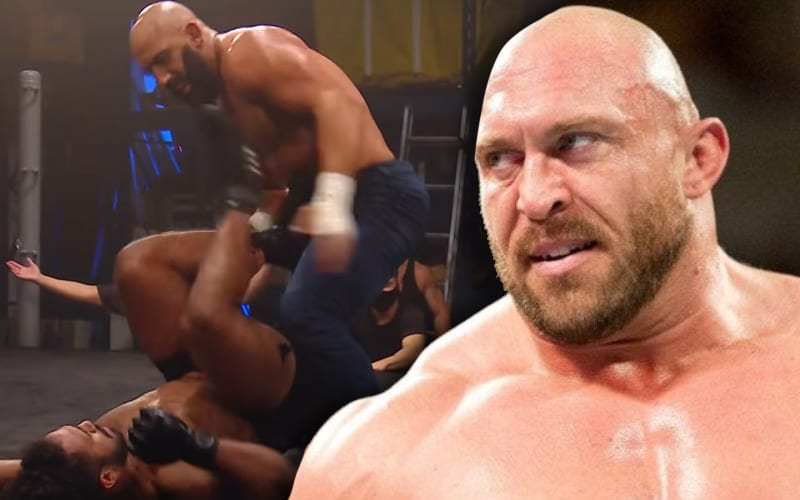 WWE’s new weekly segment generated a lot of discussion. Plenty of fans are entertained by the new intense worked shoot segment. Ryback has a warning he would like to impart concerning Raw Underground.

We previously covered that Ryback said Raw Underground is a great opportunity to build a few new Superstars. The idea could be dropped just as quickly as Vince McMahon picked it up.

The Big Guy tweeted out to further his point by saying that the Raw Underground segments are exposing traditional WWE content. The intensity during those Shane McMahon-led segments remind people that the rest of the action in the ring is “fake.”

Raw Underground is great at exposing the intensity and aggression that is lacking overall on their programming. Let’s remind the people left watching how fake the wrestling is though multiple times in the show. Wrestling is supposed to be the Ilusion of a real fight.

Ryback using the F-Word like that might generate another type of conversation. He does have a point as Raw Underground presents a polar opposite presentation of combat sports.

WWE might need to find an equal balance, but at this point they are “throwing sh*t at the wall” to see if it sticks.