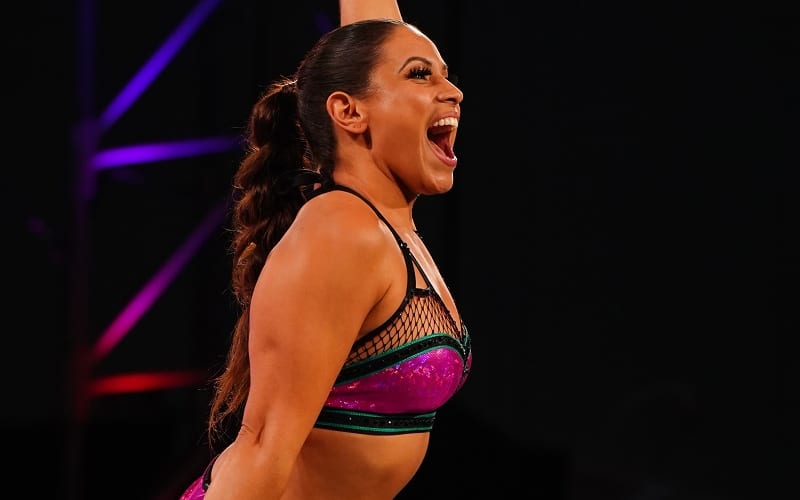 Dasha Gonzalez received a big opportunity from AEW as she got to compete in the Deadly Draw Women’s Tag Team Cup Tournament. She was very happy with her performance alongside Rachael Ellering while making her in-ring debut for All Elite Wrestling.

Gonzalez and Ellering lost to Ivelisse and Diamante, but the experience was one that Dasha won’t soon forget. She is usually interviewing people backstage, but Alex Marvez had a chance to get an interview out of her for a change of pace.

Following her match, Dasha was still elated with the experience. It is a tough journey, but she was very happy to be a part of it.

“It was honestly an experience of a lifetime something that I’ve been looking forward to for a really long time. It’s pretty cool I’m on the other side of the microphone now. It was a loss, but I don’t view it as something terrible. I see that as a starting point.”

Dasha hopes to have more opportunities down the line to compete in an AEW ring. Her first match was not successful, but getting in there and wrestling on that stage was enough of an achievement for Dasha to be very happy with her accomplishment.