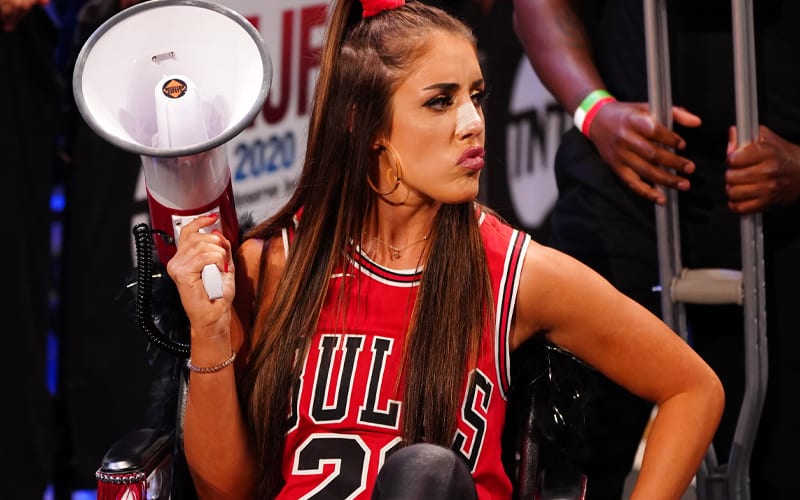 Britt Baker injured her knee, and she’s not letting that stop her. She plans on having the greatest comeback in pro wrestling history, but she’s having a tough time in rehab.

Baker is currently rehabbing her injury, but it’s no fun at all. She recently tweeted out that her rehab at Bready Fitness is making her believe that her physical therapist might be in on the conspiracy surrounding her in AEW.

[email protected] just made me do over 500 leg raises at therapy. It is yet to be determined if he is contributing to the greatest comeback of all time or if he’s just another #CONSPIRATOR trying to make my leg fall off. @AEWrestling

AEW misses Britt Baker in the ring, but she has been able to continue telling her stories outside of it. She is obviously working hard to make a return as soon as possible. We’ll just have to see what’s next for Baker in AEW, but she hasn’t lost any momentum despite this injury setback.