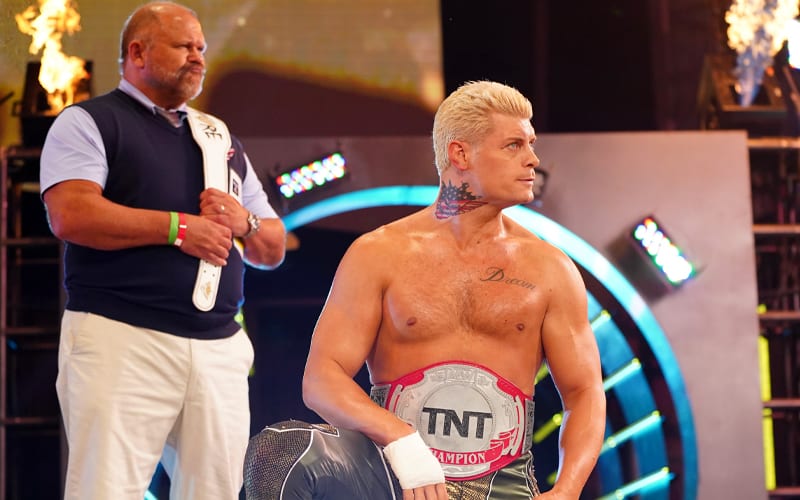 AEW lost a big advocate when Kevin Reilly was fired from his position as President of TBS. Tony Khan and Reilly are friends and if fans don’t know Reilly’s name, then they should. He was responsible for AEW finding a television home on TNT.

Khan credited Eric Bischoff and WCW for helping him breach the subject of pro wrestling on TNT with Kevin Reilly. Prior to meeting Khan, Reilly didn’t know about TNT’s history in pro wrestling.

With Reilly gone AEW lost a big friend in a high place. Cody Rhodes commented on Reilly’s departure from WarnerMedia and he downplayed the impact it will have on All Elite Wrestling.

No. We have been blessed to have had so many viewers(even opposed), thus the 3+ year extension. It’s a great partnership!

AEW is still bringing in great numbers for TNT. They also signed an extension last year which will see more years and an additional program coming down the line. We’ll have to see if something happens to further shake up WarnerMedia. Cody doesn’t seem to be sweating it.