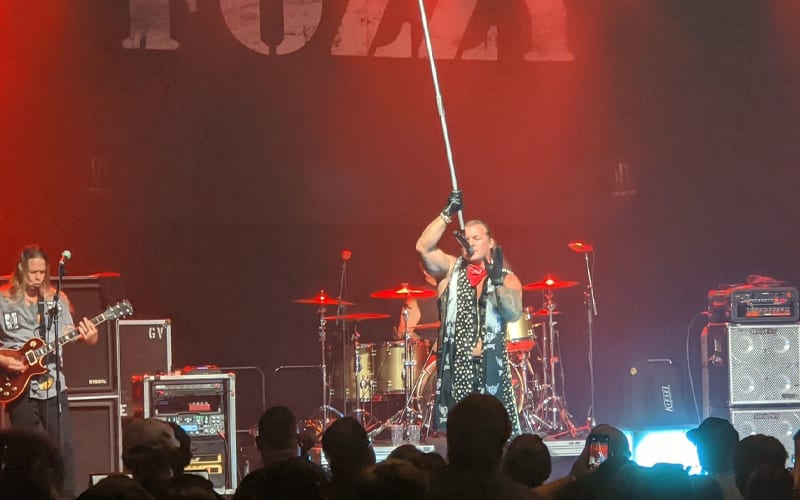 Chris Jericho’s band Fozzy started doing concerts again and the coronavirus pandemic is far from over. He explained why the band made this decision on a recent episode of his Saturday Night Special.

The Sturgis Motorcycle Rally went on despite many recommendations to make a different choice this year. Fozzy couldn’t miss that rally, or the big show.

Jericho explained that North and South Dakota have low COVID-19 numbers, so that made it safer to do the shows.

We actually did four shows this week, and the reason for that is we had our ‘Save the World Tour’ which was originally scheduled for April and May, but it got postponed to July and August, then got postponed to October and November. Four shows remained in August, and I was like ‘How?”. The shows are in South Dakota, and North Dakota, and we have one in Fort Madison, Iowa, which is right near the border of South Dakota.

The reason why the shows have happened is because these states of North Dakota and South Dakota have low COVID cases, less than 1000 in both states, I think Florida had 9000 today alone.

The venues are either outside, or they are half capacity. We are sold out tonight in Minot with I think 50% capacity, last night we were sold out in Sioux Falls, SD with 35% capacity. We hand out masks at the door, the temperature checks. We stay on the bus all day, the Fozzy crew and camp have been tested.

North Dakota has 7,508 confirmed coronavirus cases and South Dakota has 9,477 cases according to World O Meter. Iowa, where Fozzy played on Thursday night has 48,732 cases. We’ll have to see if those numbers jump after a few more destination events..

Chris Jericho received a fair amount of criticism after doing those concerts without social distancing. It was obviously important for Fozzy to make those dates. Fans still had an amazing time because Fozzy puts on an incredible live show. Hopefully, Jericho didn’t put himself or anyone else at risk in the process.

Thanks to Heel by Nature for the quote