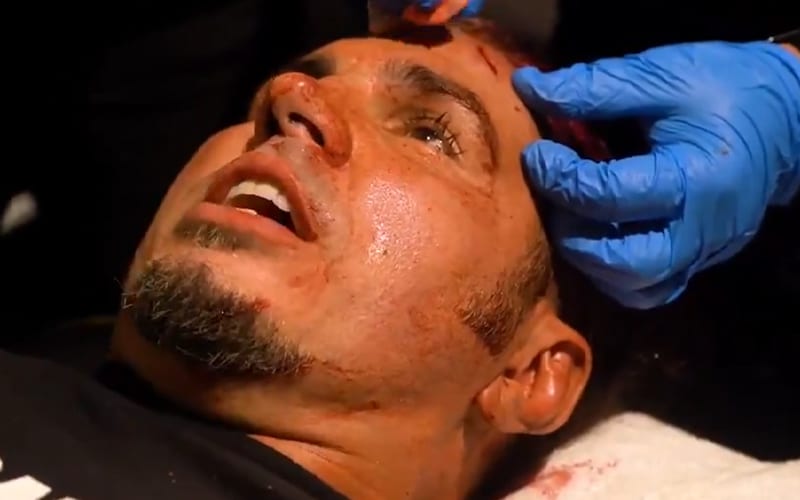 Matt Hardy took a hard shot to the face from a chair thanks to Sammy Guevara this week on Dynamite. His head was left with a crimson mask after Guevara hurled a chair at Hardy’s head. How is Hardy doing?

Guevara really chucked that chair at Hardy’s head. You can click here to get a much better angle of the assault thanks to Austin Gunn who recorded it with his cell phone from the crowd. It was a bloody stunt that wasn’t intended to be that gruesome.

Fightful reports that Matt Hardy had to get 13 stitches to close up the cut on his head. This was a hardway blood spot and zero razors or anything of that kind was used to assist in achieving blood.

Matt Hardy has been busted open before. He will be okay, but this spot was not planned. There’s a reason why Reby Hardy sent out such an angry tweet when it happened.