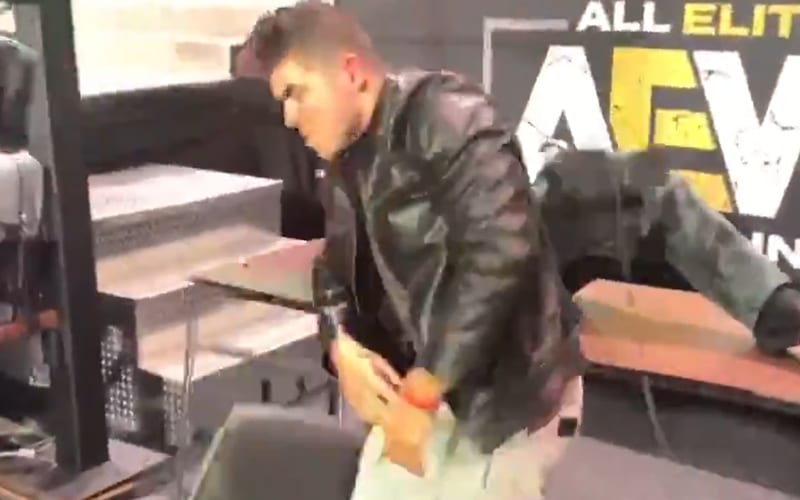 Matt Hardy was busted open the hard way by Sammy Guevara on Dynamite this week. It was a brutal spot that left Hardy a bloody mess. Now we have a new angle of things.

Austin Gunn was in the crowd during Dynamite. There was a lot going on during the Hardy/Guevara brawl, but Gunn had his cell phone camera going. Dynamite’s camera cuts were not a factor in this video as Austin Gunn caught Guevara on camera, and you could see what happened very clearly.

Sammy Guevara picked up a chair and hurled it at Hardy’s head. As you can see, the chair smacked Hardy right in the face leaving him with little time to prepare himself.

This shot busted Hardy wide open and his face was soon covered with a crimson mask. Austin Gunn commented saying: “Sammy! Are you kidding me!? Matt Hardy was trying to reason with you!”

Reby Hardy wasn’t happy about this spot either. She tweeted out directly following the segment saying: “F*ckin dumbass.”