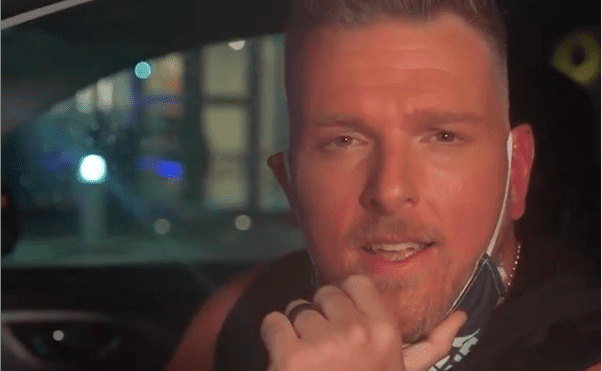 As seen on this week’s episode of WWE NXT, tensions between Adam Cole & Pat McAfee increased and a fight broke out between the two. This brawl ended with Pat McAfee punt kicking Adam Cole in the head and then being thrown out of the building by management.

WWE NXT’s official Instagram handle posted a video of McAfee’s comments on the incident after walking out of the building. McAfee said that Adam Cole and NXT can kiss his a**.

He said that NXT “stinks” and asked the interviewer to go and “spread the message”.

Adam Cole can kiss my a** and so can NXT. I assume you work for them? Go ahead and spread the message. This place stinks. See ya.

McAfee also commented on the situation on his official Twitter handle. The former NFL player called Cole a “beta” and a “maniac” and went on to rant about him getting kicked out of the building.

How much was I supposed to take from this beta who is a MANIAC? Blows up on my show, breaks shit, pushes Ty. Then..I take time out of MY HONEYMOON, so we can hug it out. Then he LOSES HIS MIND AGAIN.. assaults me w/ a bottle & I’M THE 1 THAT GETS KICKED OUT? How’s that fair?