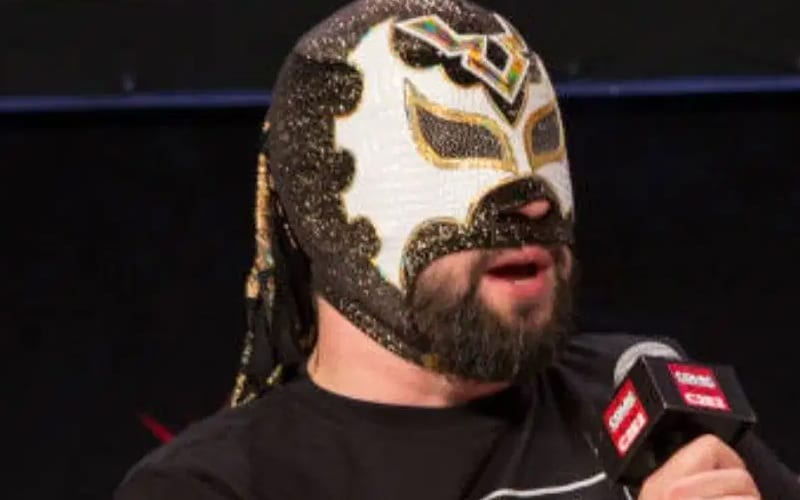 AEW announcer Excalibur was a wrestler prior to his time on the announce booth. Some old promos resurfaced of him using the N-Word, and then he suddenly disappeared from television.

It has been radio silence from AEW concerning Excalibur’s situation. We’re not certain what is going on. AEW has a track record of publicly addressing any issues with their staff, especially controversial situations.

“I don’t know what Excalibur’s status is because nobody’s saying a word, but if Excalibur is not back next week it’s back to being a live show.”

AEW Dynamite this week was taped last week, but next’s week show will be two weeks removed from those clips resurfacing of Excalibur using racial slurs. It’s unknown if/when he will be back. At this time AEW has yet to make any kind of public announcement on the matter.

Excalibur was rumored to have requested his absence from Dynamite last week. This is an interesting situation which we will continue to monitor right here at Ringside News.