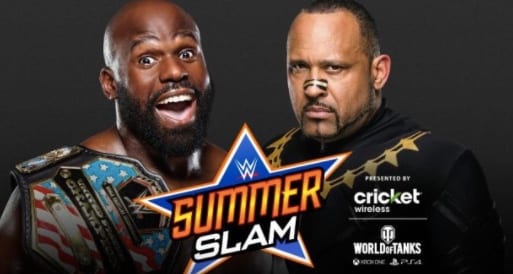 As seen on Sky Bet, the betting odds for Apollo Crews vs MVP at WWE SummerSlam have been released.

Over the course of the last few months these two have been going back and forth as they continue to wage war over the United States Championship.

With MVP leading the new Hurt Business faction there’s a chance he could be in with a shot of winning the belt here, but many want to see Apollo being given a legitimate run with the title.

In terms of the odds, Apollo is currently priced as the favorite at 1/2. MVP, on the other hand, is the narrow underdog at 6/4.

Building up the prestige of the midcard titles is always a great way to get guys over, but when it comes to the United States Championship, WWE has had some mixed success with building its champions.

Hopefully, Apollo or MVP can try and break that streak.