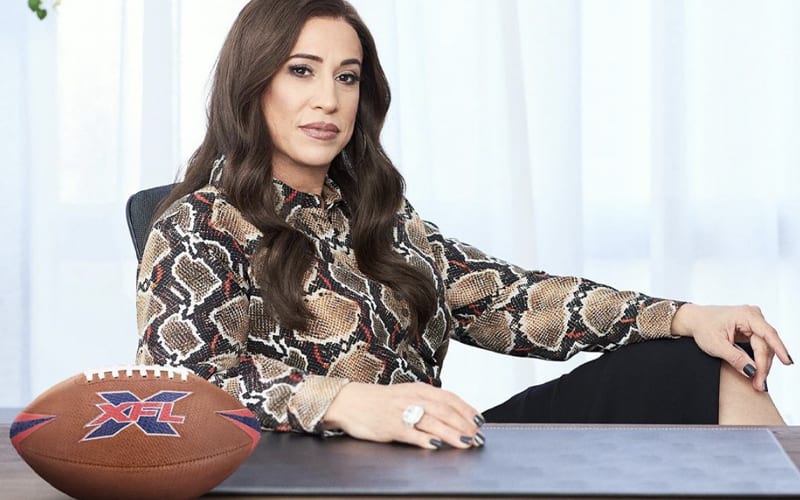 The Rock and his partners bought the XFL. The league’s creditors are trying to pause the sale, but the plan is for The Rock, his ex-wife Dany Garcia, and their other partners to become joint owners of Vince McMahon’s twice-failed football league.

Dwayne Johnson’s name made tons of headlines connected with the XFL. His ex-wife didn’t make as many, and this was apparently an issue.

Dave Meltzer stated on Wrestling Observer Radio that Dany Garcia got upset that her famous ex husband got more press than her. She didn’t think that was right since she owns just as much as The People’s Champ.

“Of all the things, I know know if this is concerning or not, but she got mad because all the headlines said Dwayne Johnson and she said she put up the same amount of money as he did, she’s got the same ownership stake as he did, and she’s going to be making just as many decisions as he is and she’s not in any headline, every headline is about him. I’m like if you’re already worried about that then that’s not a good first day to me.”

Dany Garcia did get credit for the XFL’s purchase, but The Rock’s name is obviously bigger. She apparently didn’t understand that, but it doesn’t make the news any less exciting.