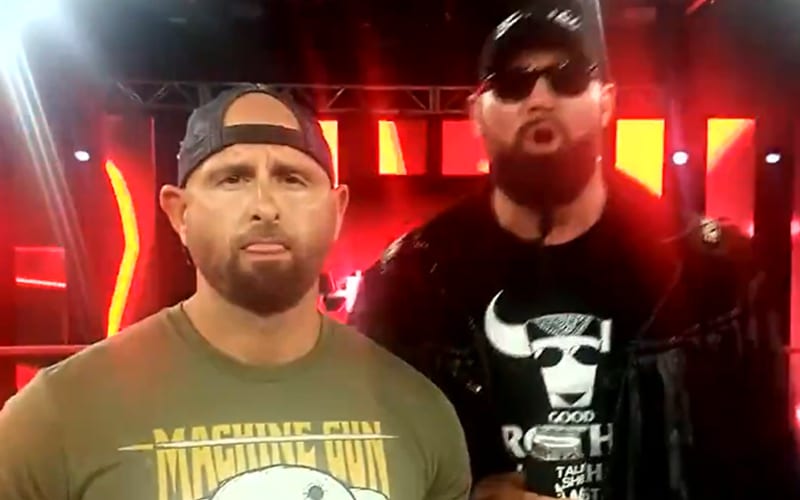 The Good Brothers signed with Impact Wrestling. Doc Gallows was happy to announce that the rumors were true when finally making the big announcement official. The rumors were out there because they put them out there.

The pro wrestling world is a very interesting place. News can be used to drum up a ton of hype if needed. Doc Gallows and Karl Anderson certainly know how to make moves in the pro wrestling business.

While speaking with Sportskeeda, Gallows and Anderson revealed why they decided it was a good idea to leak information of their contract signing early.

Gallows: I thought leaking it was a good idea. Why not? Let’s get some buzz. Let’s get some eyes on this thing and I think that us and IMPACT did a good job of using our Countdown to F***town thing that we were promoting on social media because we were going to announce our pay-per-view, Talk N’ Shop A-Mania, but also we needed a big announcement of where we were going so the clock strikes 12 and the clip can be shown of us in the IMPACT Zone making that announcement, and IMPACT putting that out on their social media and it ended up being the best performing tweet in IMPACT Wrestling history so I think it all worked great. It was a good idea.

Anderson: Yeah, I think, in this environment, I thought it made it more fun to announce it ahead of time. I would say, if this was in front of a live crowd and may be there are ways to have a surprise and you get that reaction from the surprise that maybe you could have held off but I think in this Covid-19 environment and with there not being a crowd, I think us announcing that we were coming to IMPACT actually got a lot more eyes on the pay-per-view, and that’s what made it so cool. And with the Magic Killer, you’re lucky… You’re not that lucky, because it’s probably the safest move in wrestling.

News of the Good Brothers signing with Impact Wrestling didn’t stop the rumor mill from churning. Some fans were expecting them to show up in AEW in some manner after their appearance on Being The Elite.

The Young Bucks and the Good Brothers obviously have a good relationship. Nick and Matt Jackson showed up during Talk ‘N Shop A Mania. The Good Brother are in Impact Wrestling and they did a good job getting the word out early.