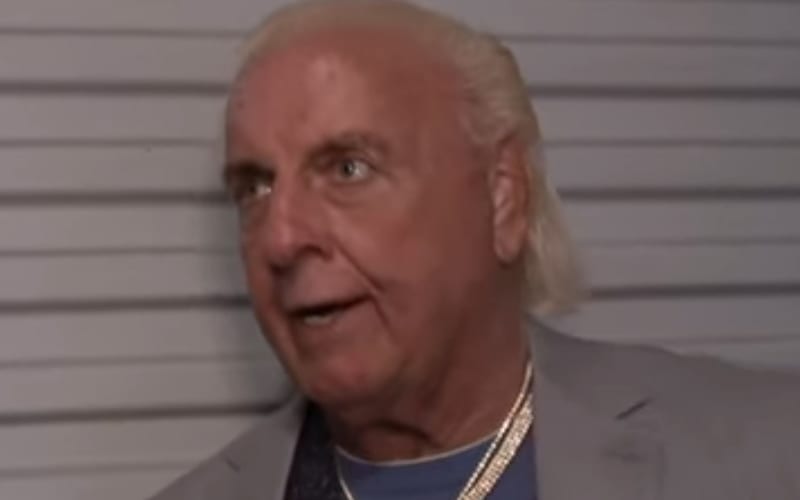 WWE’s television viewership isn’t what it used to be at all. The decline in the product and ratings has also caused their stock to not be recommended anymore. Things need to change quickly for the company and The Nature Boy can see what is going on.

While speaking to TV Insider, Ric Flair discussed WWE’s dwindling viewership. The famous Horsemen stated that the company has good work ethic, and that will help things come back around to where they need to be.

The pandemic is a big problem. Ric Flair stated that he has faith that things will shape up for the company once the coronavirus days are over.

“They have that good work ethic that it will come back around. I don’t think anyone is taking it personal. It’s what is going on right now. Vince McMahon, WWE, will bounce back bigger and better a year from now.”

“The pandemic has stopped a lot of things. It has given a different perspective on a lot of things, but it’s not due to their attitudes or level of performance. “

Ric Flair knows a thing or two about the coronavirus pandemic and how much it can mess up plans. His wife Wendy Barlow tested positive which caused them to isolate from each other. She’s apparently doing better, but not 100% at last update.

WWE needs to change something and reach a new audience. Pro wrestling still has a passionate fan base, but a lot of those fans are finding entertainment outside of Vince McMahon’s umbrella now.