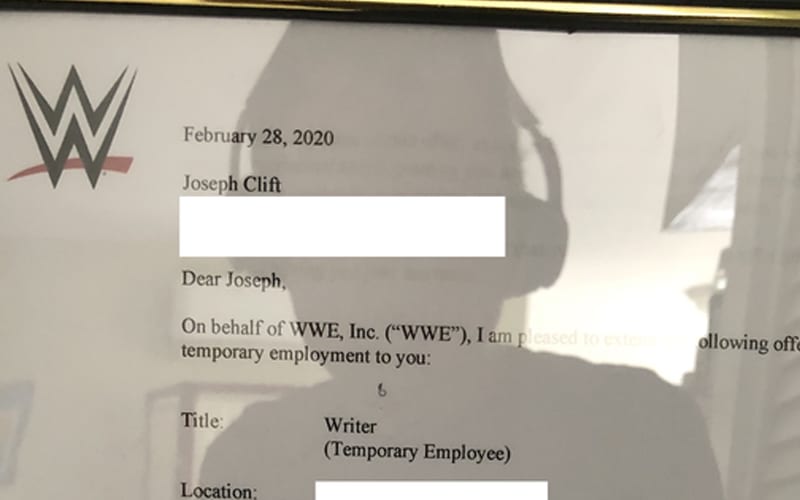 WWE is usually looking for new writers. There is a fair amount of turnover in that department. Now we know what a contract looks like that a writer gets when first entering into to company.

A Reddit User named Just_Joey posted a photo of a WWE writer’s contract. He turned down the job, but he had the contract framed. He just recently rejected the job offer as well because his trial period would have ended on July 31st, 2020.

I was offered a job writing for WWE Smackdown a few months ago and I turned it down, but I framed the contract they sent me and I just realized the end date of my trial period would have been yesterday. Here’s what a WWE writing contract looks like!

As you can see, he would have reported to WWE Vice President of Creative Writing Ed Koskey. Joey turned down the job, but he obviously loved getting the offer. Why else would he have framed it as he did?

It also appears that a three month trial period is WWE’s preferred method. We’ll never know how it would have went for Joey in WWE, but at least he was nice enough to share the photo.