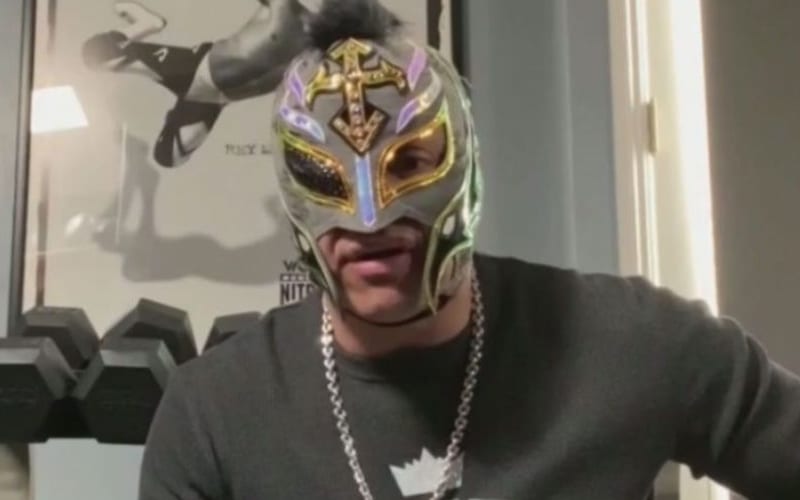 Rey Mysterio was written off WWE television with an angle that cost him his kayfabe eye. His vision might return, but that doesn’t mean a WWE contract is signed yet.

Dominik Mysterio is currently being worked into SummerSlam plans. There are some open options, and that is intentional. WWE is still waiting to see if Mysterio will sign a new deal.

The Wrestling Observer Newsletter reports that as of earlier this week, WWE and Rey Mysterio are still working on hammering out a new deal. There is obviously still hope that he will re-sign with them.

As of early in the week, Rey Mysterio and Vince McMahon were still in negotiations for terms of a prospective new deal

Rey Mysterio initially wanted more money, but Vince McMahon refused. It might be harder for McMahon to refuse Mysterio more money after the company’s second quarter numbers showed such outstanding profits in the midst of a pandemic.

AEW could have interest in Rey Mysterio as well. They obviously love him in AEW as Mysterio was in the main event of All In even before the company was a reality.