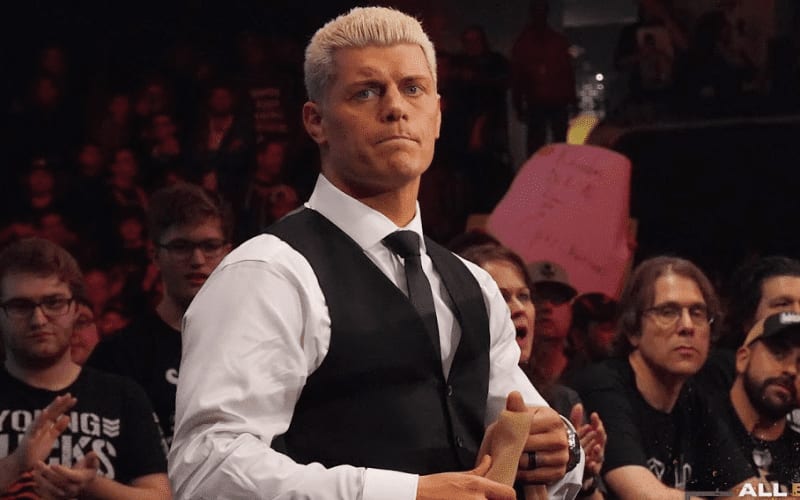 AEW could always use a big name, but they are doing fine with the roster they have right now. There are still some free agents out there who could certainly fit into AEW’s roster.

WWE released many Superstars on April 15th, but Matt Cardona hasn’t been a part of his former partner Brian Myers’ activities. Instead, Cardona is getting ready for something else. Miro is currently enjoying life as a Twitch streamer, but he’s still in great shape.

While speaking to ESPN, Cody was asked about bringing in some of those recently released WWE Superstars. He brought up Miro and Matt Cardona who are on a lot of people’s radar.

Here’s the trick. We only have a two-hour show. And a lot of our roster hasn’t even been fully realized or seen yet. I want to make sure we honor individuals like that. If you bring in a hot free agent, that means someone is going to lose a spot. That’s just the reality of it. In my capitalistic, cold nature that I have, I actually don’t mind that, because that makes everybody else step their game up. But you do want to do it fairly and responsibly. The best wrestlers, no matter where they came from, you’re going to want on your show.

In the end, AEW Dynamite is only a two-hour long program so there’s only room for so many people. He didn’t deny AEW’s interest in finding a few minutes for Miro and Cardona.

Cody stated on the day that Zack Ryder was released from WWE that he will get over again. Let’s see if it takes place in an AEW ring.