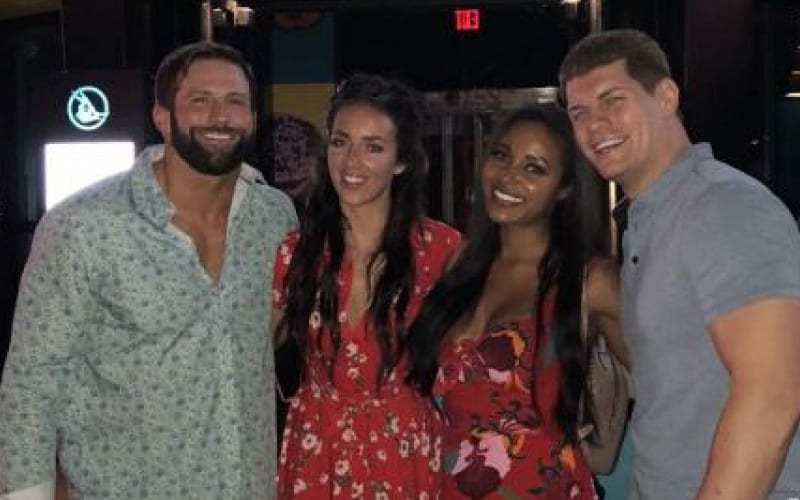 Zack Ryder was released from his WWE contract after spending 14 years living his dream. Now he is no longer a WWE Superstar, but he has a very good friend in a high place.

Cody Rhodes and Brandi Rhodes are the two people who introduced Zack Ryder to his fiance Chelsea Green. Cody and Ryder are close and when The American Nightmare saw that his old friend was released he posted talking about how proud he is of Matt Cardona.

Rhodes said that he has a rule in wrestling. Anyone who has gotten over can do it again. Ryder is only 34-years-old so he has a long career ahead of him. Rhodes went on to share a very interesting perspective from one of Zack Ryder’s biggest wins.

I’d like to take a moment to say how proud I am to be a friend of @zryder85 – In a world of weekend warriors and “play wrestlers”, this dude exudes passion and drive for pro-wrestling like no other. Through 14 years to see him CONSISTENTLY try to better himself (whether that be his in-ring work, or watching him physically mold himself and his body into such a specimen DRUG FREE with hard work and will).

I have a little rule, and that’s that if you’ve ever “gotten over” in wrestling…you can always do so again. That rule being fully applicable to Matt now. At 34 years young, his best wrestling days are ahead of him. Cheers to a great start and 14 years of unrelenting blood, sweat, and tears. Future endeavors are limitless when you actually endeavor.

I chose this picture because it was one of my last days at WWE, watching 80,000+ people applaud as Matt won gold was an eruption not only live in the arena but in the locker room as well. Hearing Dolph coordinate for his father to come over the rails(meanwhile I was ass deep into a broken ladder and stuck but had the best seat in the house) and seeing father/son embrace, I thought I’d be jealous or bitter, but I was truly happy and proud for one of my peers. Congratulations my friend, and good luck!

Ryder released some new merchandise that referenced his WWE release. We will have to see what’s next for him along with everyone else. At this point, everything seems to be up in the air and anything is possible.

Do you think Matt Cardona will end up in AEW? Sound off in the comments below!