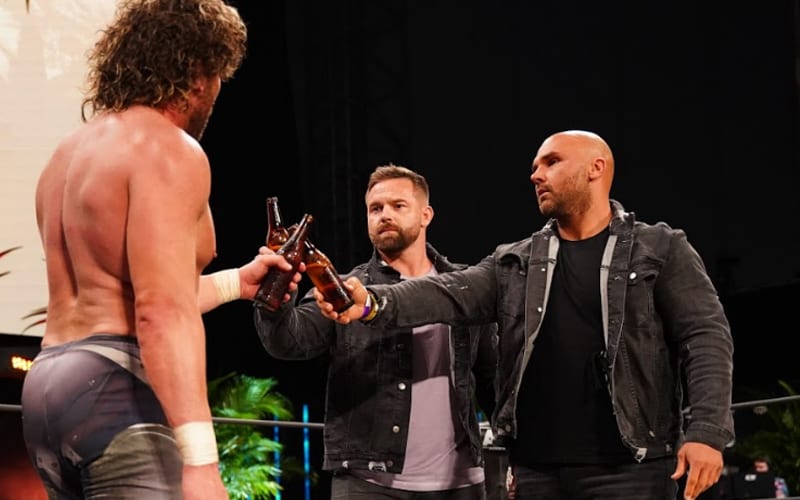 FTR arrived in AEW with the AEW World Tag Team Titles in their sights. There is a problem with their plan because they haven’t signed contracts yet.

Cash Wheeler called out AEW because the Top Guys aren’t listed on the company’s tag team rankings. He said: “Hello? Anyone there?” That message was heard loud and clear by Tony Khan.

Khan replied to Wheeler saying: “As I’ve told your attorney, you each need to sign your contracts before we can rank you in the top 5.” It makes sense that the company doesn’t want to rank people who aren’t under contract.

Wheeler replied by making a promise that AEW will have FTR’s answer today.

This might have been a very transparent business move on Tony Khan’s part. It was likely part of the story.

It also makes us wonder how much truth there is to the initial handshake deal. Either way, FTR and AEW seem to be enjoying this new relationship.