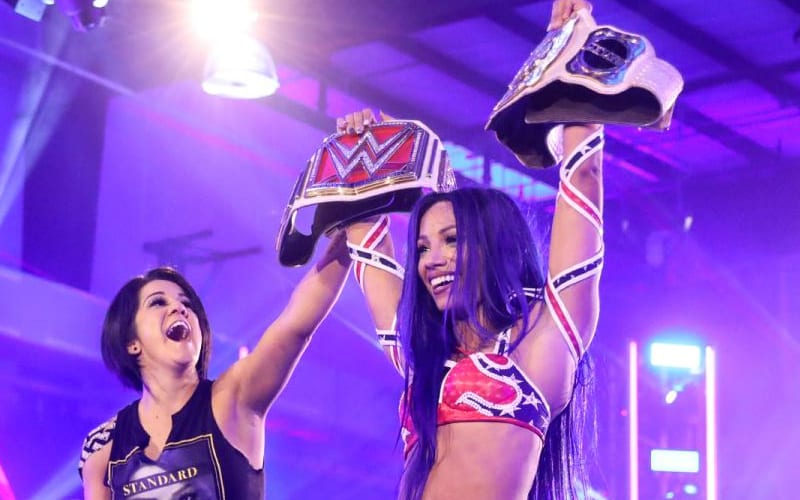 Sasha Banks won the RAW Women’s Title on RAW this week. It was a controversial title change, but The Boss is still very happy with herself. When did WWE made this change of plans?

Click here to check out our complete coverage of WWE RAW from this week.

WWE has a lot of options going into SummerSlam. They had all intentions of Asuka walking into SummerSlam as RAW Women’s Champion, but then those plans changed. During Wrestling Observer Radio (transcription by Ringside News), it was explained that WWE made those changed right before the tapings.

“Originally Asuka was supposed to defend the title at SummerSlam against whoever injured Kairi and that was as of at last Sunday night or Monday morning of the tapings when they tore all that up.”

The previous thought was either Natalya or Shayna Baszler would face Asuka at SummerSlam for the title. Since Natalya was not available, then Baszler was presumably getting that spot. Now those plans seems to be out the window.

Baszler did seemingly start a new feud with Nia Jax this week on WWE RAW. That could be the Queen Of Spades’ direction for the biggest party of the summer.