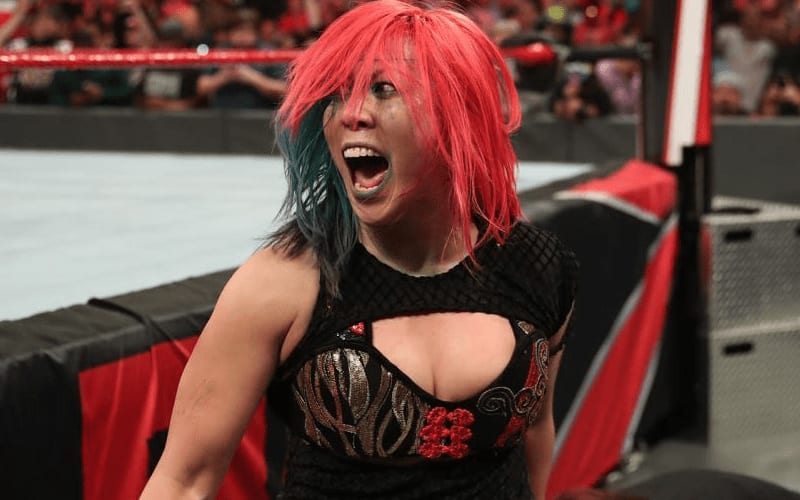 WWE has options going into SummerSlam, but they don’t have as many as they once did. One plan for SummerSlam needed to be switched around as the company is now going with a bakc-up plan.

During Wrestling Observer Radio (transcription by Ringside News) it was explained that Natalya was originally supposed to be Asuka’s SummerSlam opponent, but she hasn’t been around. Now WWE is seemingly going with Shayna Baszler in that role as the Queen Of Spades was the back-up plan.

“The idea as of yesterday was for Kairi Sane to be injured and the person who injures her — who by TV tonight looks to be Shayna Baszler and Baszler was brought back as a back-up to injure Kairi Sane and it looks like she’s going to be the back-up because Natalya was originally scripted in that role, but she’s been kept off as far as I know Natalya does not have COVID, but she’s been off for weeks.”

TJ Wilson was very sick so Natalya stayed home with them. Neither of them were noted to have COVID-19, but WWE is apparently going a different way with things.

Shayna Baszler will seemingly get a title opportunity at SummerSlam. Next week’s episode of RAW will likely see that storyline progress.

If you use the quotes in this article credit Wrestling Observer Radio, transcription by Ringside News