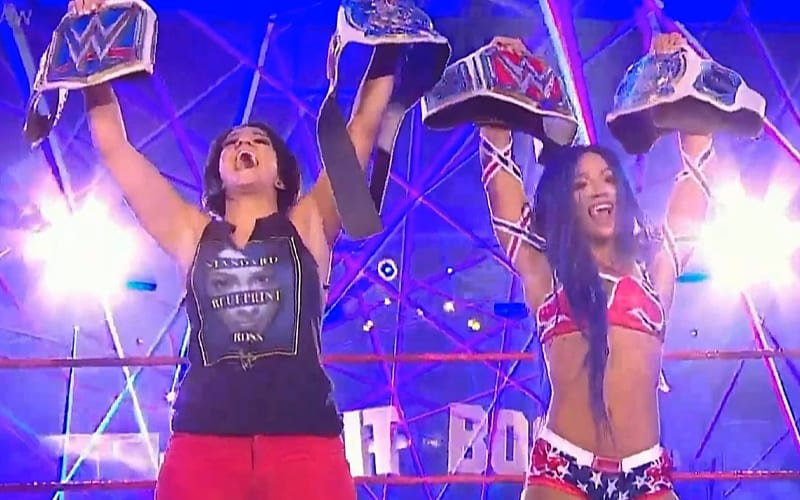 WWE intended to settle a question that was started during the Horror Show at Extreme Rules. Who is the real Raw Women’s Champion?

Asuka and Sasha Banks battled in singles competition on WWE Raw this week. Previously in the night Nia Jax and Shayna Baszler both put their hat in the race to face the champion for her title at SummerSlam.

Asuka and Banks battled in a fierce match after Kairi Sane ran Bayley off. Finally, Bayley and Kairi were shown on the screen as the SmackDown Women’s Champion beat down the Pirate Princess. This distraction helped Sasha Banks pick up the win.

Sasha Banks is now the Raw Women’s Champion. The Golden Role Models now have all the gold in WWE.