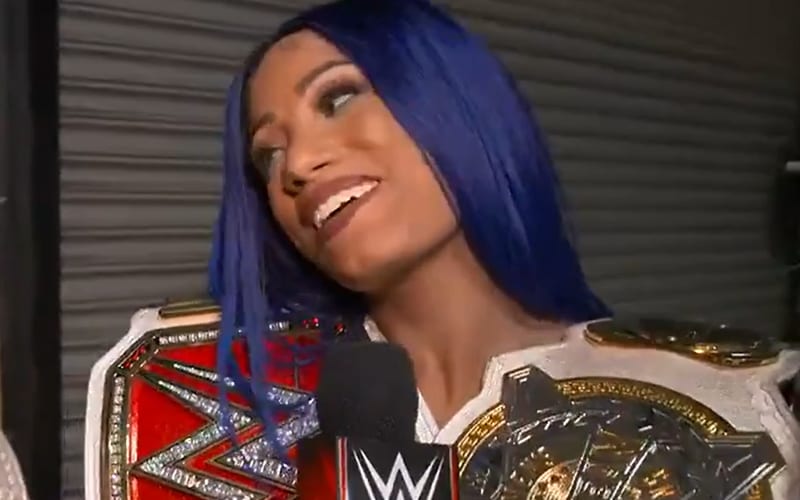 Sasha Banks and Bayley hold all of the titles on the WWE main roster. They are very happy about this, but they might not stop there.

Following Sasha Banks’ Raw Women’s Title victory, she was elated. They had a lot to be happy about as Bayley helped keep the mood high.

Banks replied “not yet” when Sarah Schreiber said that they hold all of the titles. Banks continued by saying, “we still need that NXT Women’s Championship, but maybe soon.” Then the Golden Role Models started laughing up a storm. They were having a great time.

You can check out the video below to see their celebration. Sasha Banks and Bayley are getting major pushes as they now hold all of the main roster titles. The big question is whether Sasha 3 Shows will make a trip back to NXT to wrestle Io Shirai again.