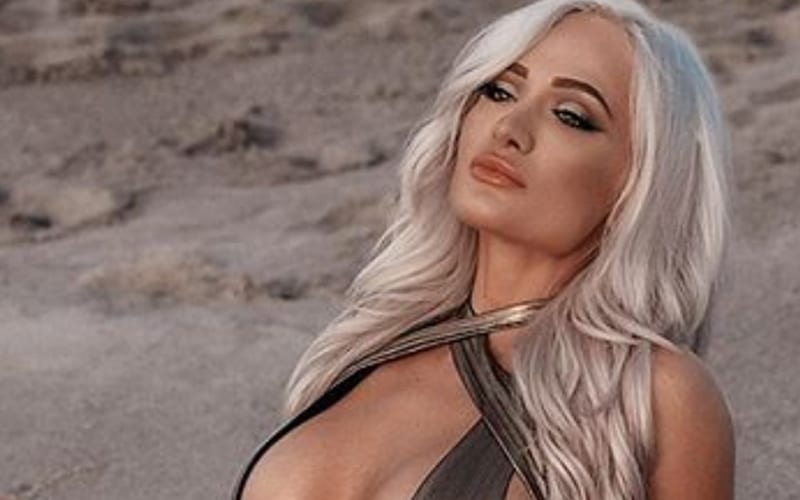 Scarlett is more than Karrion Kross’ valet. She can wrestle as well, but she is also quite a model. The former Smoke Show from Impact Wrestling recently dropped a new photo that got a lot of attention.

Karrion Kross is currently slated to face Keith Lee for the NXT Title. Chris Jericho said that WWE needs to stop waiting on Kross and call him up to the main roster right away.

“Keep looking where the light pours in,” Scarlett said as she posed on the beach. The gorgeous dress she was wearing has also appeared in other photos.

Daniel Forero posted a separate photo of Scarlett wearing a gold bikini. “This is only the beginning,” was the caption he decided to go with. It is a very appropriate thing to say about Scarlett in reference to this photo shoot, and her WWE career.

You can check on the photos below. Scarlett is expected to be a part of NXT this week and there’s a reason why WWE continues to feature her on their programming.