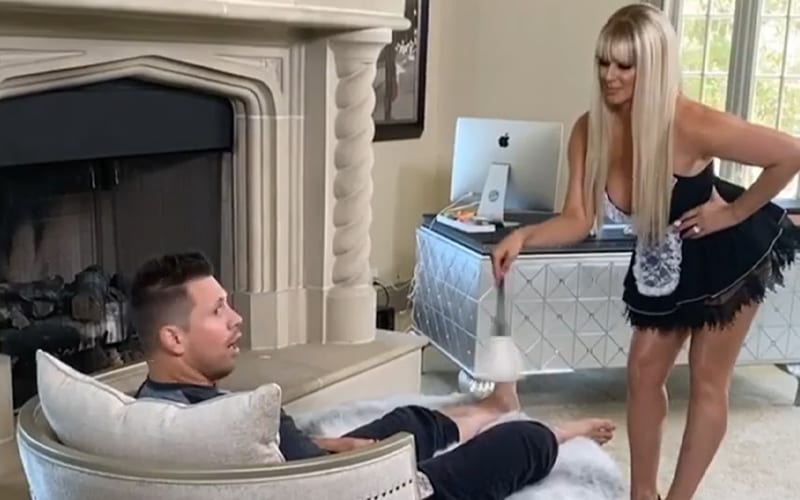 Miz and Maryse have a happy family at home which has been documented in their reality show Miz & Mrs. We’re not sure if they’re shooting for season 3, but there was quite a scene going on at the Mizanin house the other day.

The A-Lister uploaded a short video of himself with his wife. Maryse was in a maid’s outfit and tickling The Miz’s toes with a feather duster. This caused The Miz to put out a notice that nobody should text or call him, because he’s busy.

People filled the comments section of The Miz’s post to joke that baby #3 is on the way. It’s unclear if that’s the case, but they certainly appeared to have a good time at home.

You can check out the short video below. We wouldn’t be too surprised if this ends up on some sort of reality television programming that they have in the pipeline.