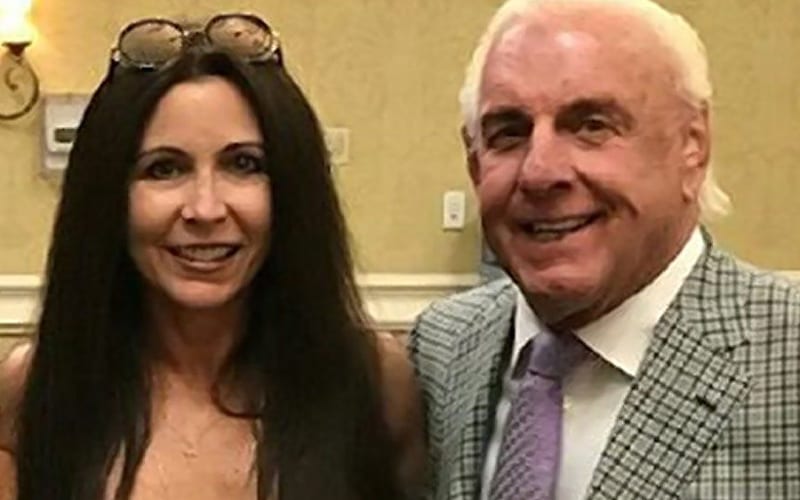 Ric Flair’s wife Wendy Barlow contracted COVID-19 which The Nature Boy confirmed. He was able to provide a positive update, but she’s not 100% over the virus yet.

Flair previously stated that he was staying separate from his wife. They have a multi-level 5,000 square foot home which made it easier to isolate themselves. He denied ever testing positive for COVID-19.

While speaking to Booker T’s Hall Of Fame radio show Ric Flair revealed that his wife is doing much better now. Things were “brutal” for a period of time, but thankfully, Wendy Barlow seems to be doing better.

“She’s doing great. Much better. Not 100%, but she’s doing much better,” Flair said. “It’s been over three weeks now, but it’s just was a nightmare. All of a sudden, it just came on her, and then, of course, you backtrack and figure out where it came from. She was really sick.

“I’d take her to the hospital twice for IV one, just to make sure she was okay. Of course, they released her both times after keeping her for a couple of hours, but you can’t be careful enough. In the world I live in, you just double-check and cross-examine everybody. It’s brutal.”

We’re sending out our best to Wendy Barlow during this time. Hopefully, she will be able to beat this terrible virus and get back to 100% soon. In the meantime, they are obviously doing everything they can to make sure she gets better.