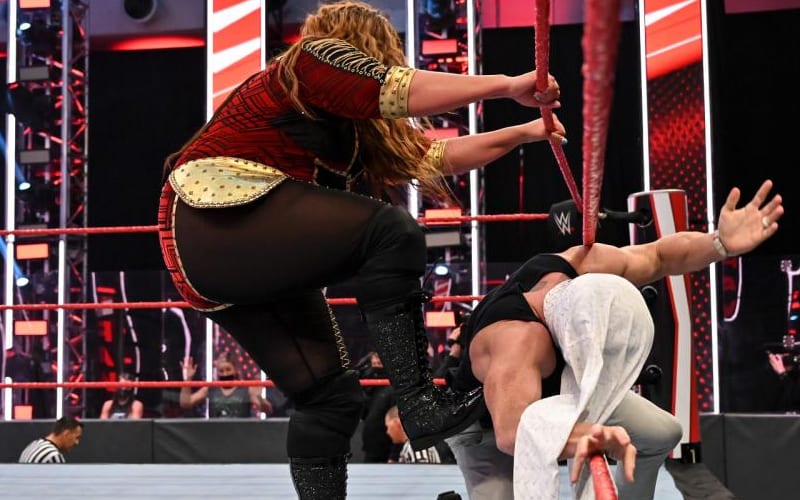 Original: Nia Jax isn’t like most girls and she makes no apologies about it. She got physical yet again in a way she didn’t need to. Now her bank account will suffer.

WW announced that Nia Jax will be fined an undisclosed amount of money due to “inappropriate contact with multiple WWE officials.” This was during the brawl with Shayna Baszler following their one-minute match that ended via double count out.

Nia Jax has been fined an undisclosed amount for inappropriate contact with multiple WWE officials in the aftermath of her match against Shayna Bazler on Monday’s Raw, WWE.com has learned.

Nia Jax and Shayna Baszler will battle again. This entire thing was obviously a teaser for an eventual showdown to come.

We’ll have to see how long Vince McMahon waits to hold a singles contest between the two as ratings need a huge jolt right now. As we previously reported their stocks are no longer recommended due to their dwindling television product.