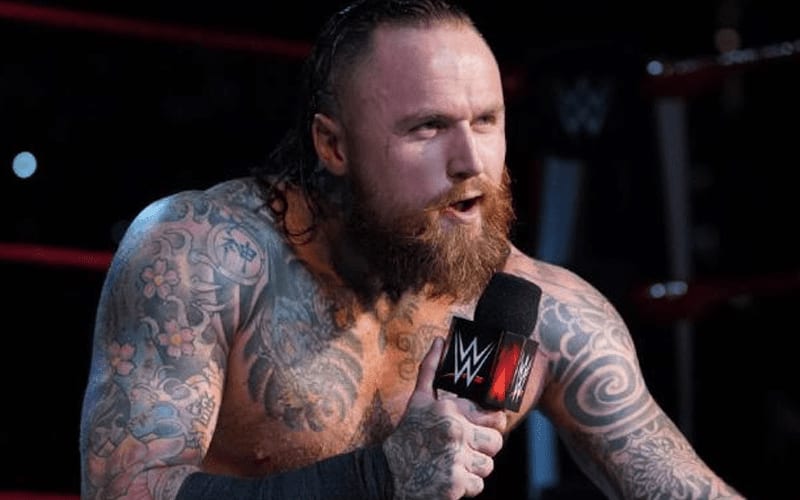 Aleister Black took a beat-down from Seth Rollins and Murphy this week on Raw. His eye was targeted because that’s what the Greater Good is all about. There are numerous reports about Black right now, but it’s a mixture of information.

It was previously reported that Black was written off television, and Vince McMahon isn’t fond of his current gimmick. The eye angle followed by a curb stomp at ringside was said to be the last we’ve seen of him for a bit.

Ringside News has learned that the truth lies somewhere in the middle. Black did have an injury angle at the hands of Rollins, but he’s not being written off television.

The attack from Rollins and Murphy gives Black a reason to go after either of them at SummerSlam. Vince McMahon’s feelings about black are not negative, but he does have concern that the former NXT Champion lacks something for a wider appeal.

A member of WWE’s creative team with knowledge of the situation commented on the reports asking: “Can’t both ‘Aleister is not being written off TV’ and ‘Vince thinks it lacks something for wider appeal’ be true at the same time?”

WWE can’t afford to lose Superstars during a time when so many are out of commission for various reasons. Black could be in for a tune-up which would play out on television without needing an extended hiatus.