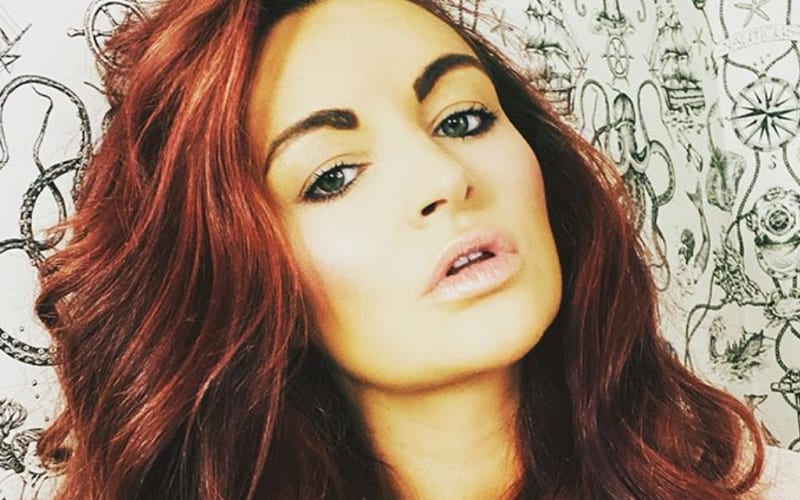 Maria Kanellis was released from WWE on April 15th, and she’s still not over it yet. Her circumstances were unique as she lost her job during a pandemic two months after giving birth.

Kanellis railed on WWE during an interview on ROH’s podcast. This also gave a hint that she and husband Mike Bennett might return to ROH when the time is right.

She logged onto Instagram and posted a selfie while apparently listing a bunch of things she’s been told about herself. All of those things are negative to some extent so it seems that these could be things Kanellis heard regarding reasons she isn’t bookable.

You’re too old. Too many kids. Too many rumors. Too fat. Too outspoken. Too feminist. Too Diva. Too sexy. Too. Too. Thank You. I’ll take that TOO TOO and raise you some motivation.

Maria Kanellis and Mike Bennett both appeared at Talk ‘N ShopAMania, but neither of them have made anything official with another company yet. As the world slowly starts to reopen those opportunities for Mike and Maria will certainly start to appear.

People will always have critical things to say. In the meantime, Kanellis is using those negative remarks as more motivation.