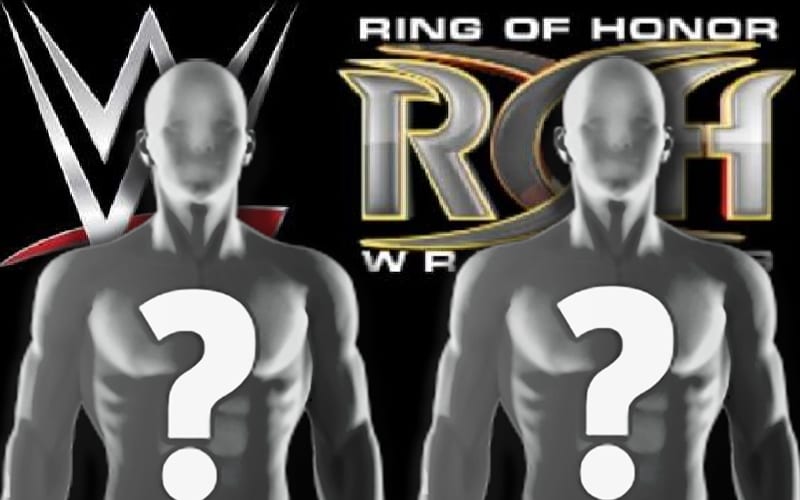 WWE let a number of Superstars go on April 15th, but a number of them have already found other pro wrestling homes. Six former WWE Superstars are already in Impact Wrestling, but ROH could be interested in a couple names.

Mike Bennett and Maria Kanellis didn’t show up at Slammiversary for Impact Wrestling. They were a part of Talk ‘N ShopAMania, but that event included a lot of people from all over the pro wrestling world.

Mike and Maria appeared on the ROH podcast recently. Maria had a lot to say about WWE. The Wrestling Observer Newsletter noted that while their return to ROH isn’t 100% confirmed, it was certainly teased and somewhat expected at this point.

It has not been said that Mike & Maria Bennett are returning here, they did a spot on the ROH podcast this past week and the promotion has teased their return

ROH hasn’t started filming new content yet. The pandemic caused them to cease production, but they aren’t done yet. The company hasn’t fired anyone, and they even paid all talent and crew who were scheduled to be at those cancelled events, even if they weren’t contracted.

Mike Bennett and Maria Kanellis could also go back to NJPW, but the country likely needs to open up a lot more first. Right now restrictions make it very difficult to travel. ROH and NJPW have a working relationship as well.

The book is not closed for Mike and Maria. They’re just waiting to start writing their next chapter.