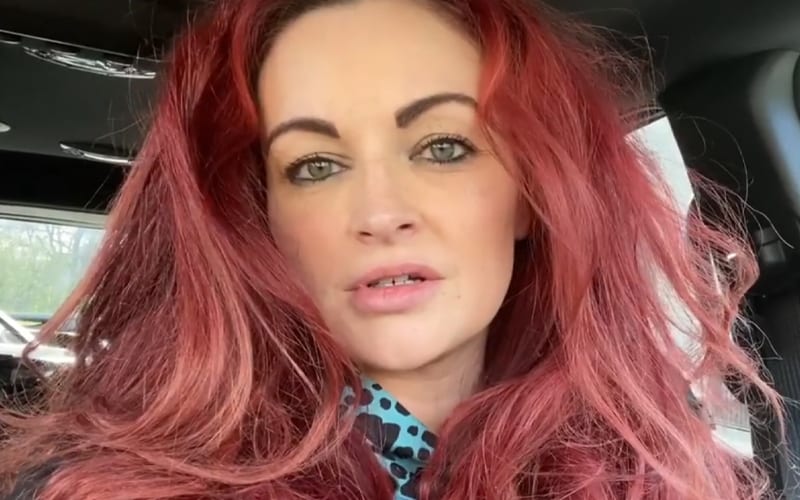 WWE released Mike and Maria Kanellis on April 15th. Now they are both free to take other bookings. Maria might not be 100% okay with how things ended with her former employer just yet.

Kanellis sent out several tweets which included things that she apparently heard from WWE during her time with the company. Some of those phrases apparently came during times when she was in the middle of a decision-making process.

In several tweets, Maria Kanellis revealed small glimpses of the kind of thing that WWE apparently told her to either convince her to re-sign with them, or to console her prior to their release. It’s unclear how these phrases were used, but Maria Kanellis credited WWE for them.

Think about your family. – @wwe

We want to make sure your family is taken care of. [email protected]

Look at the position (she) put you in by naming you. – @wwe

I am not spilling tea, spreading gossip, or ranting. I am giving the fans insight into what my husband and I were told/experienced. Period. If you insult me I will automatically block you. I am not arguing facts with people that were not in the room or are children.

Don’t you think you’d remember something like that. – @wwe

(He) still wants to sign you to this. [email protected]

It would be good for your career…. [email protected]

Maria Kanellis and Mike Bennett are now looking forward to the next chapter in their lives. Mike Bennett also made it clear that not only did WWE not send him to rehab, but they also didn’t have anyone call him to check up during his recovery.

The pro wrestling world has a lot of options. Where do you think Mike Bennett and Maria Kanellis will land next? Sound off in the comments below!