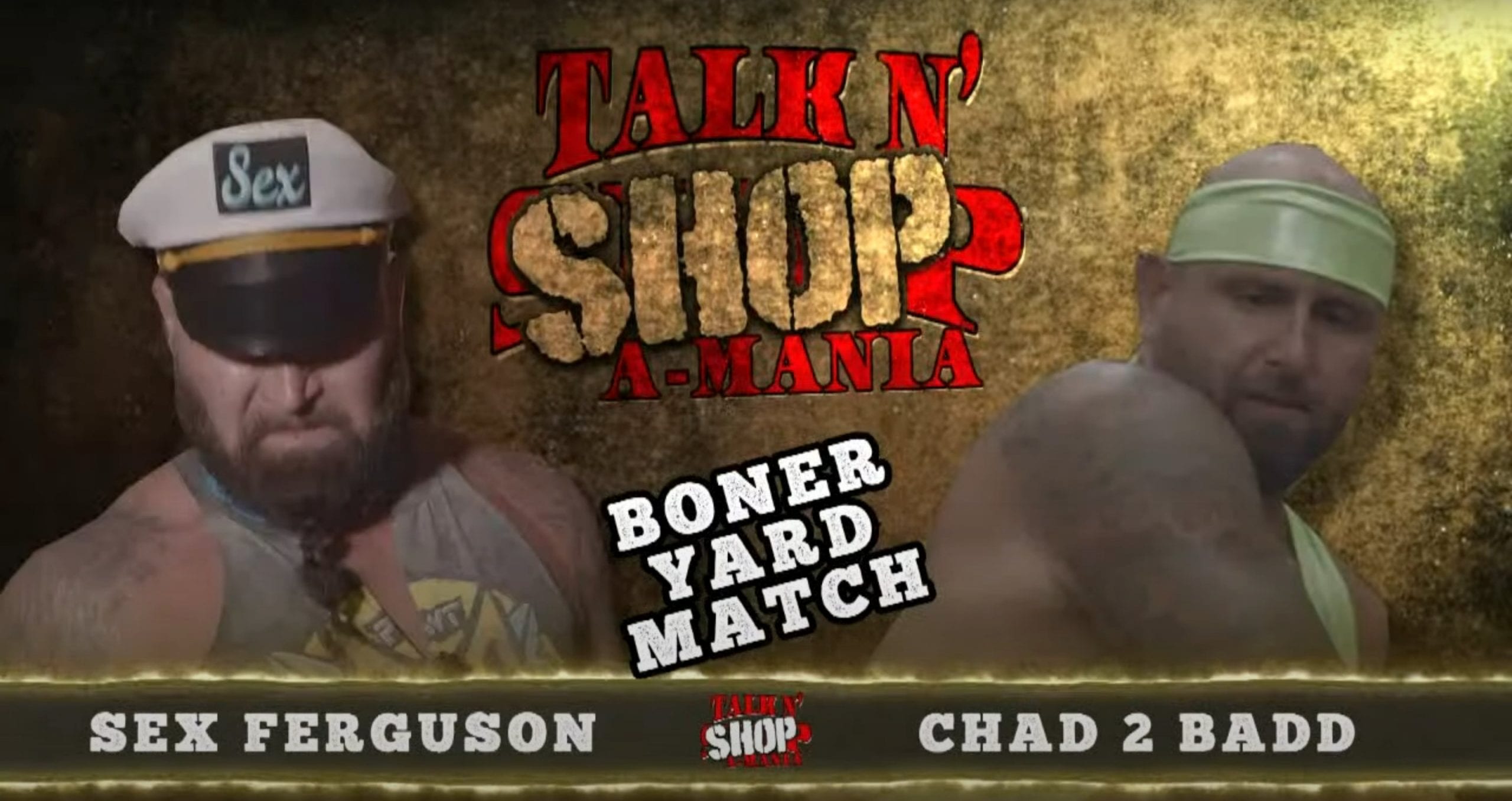 One of the highlights of Luke Gallows and Karl Anderson’s time in WWE was their characters on South Paw Pro-wrestling. Gallows played “Tex/Sex Ferguson” while Anderson was “Chad 2 Badd”.

After their release from WWE, Gallows and Anderson filed for the rights of their SouthPaw Pro-Wrestling names. The two men then revealed that they were holding their own special event titled “Talk N’ Shop A-Mania”.

On Talk n’ Shop: CountDown To F*cktown it was revealed that Sex Ferguson and Chad 2 Badd will battle each other in the main event of Talk N’ Shop A-Mania. Their match is called “The Boneryard Match”, a parody of “The Boneyard Match” between AJ Styles and The Undertaker from WrestleMania 36, in which the two men also participated.