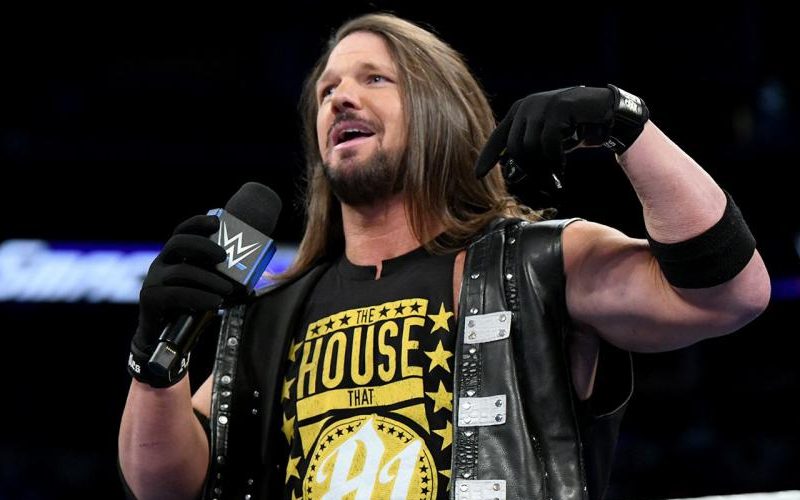 AJ Styles likely has many matches to come, but he’s looking toward the future because nothing lasts forever. He can also “never say never” about a run in AEW.

While spending time on his Twitch channel, AJ Styles discussed goals after his pro wrestling career concludes. He would like to be a recruiter and do something similar to what Gerald Brisco used to do for WWE prior to his April 15th departure from the company.

Styles wants to help find young talent before they have fully realized their potential. Guiding unseen future stars in their career path, or even to WWE would be a gratifying way to spend a retirement for AJ Styles.

“Change always – some change sucks. You know how one thing is done and the other is not worth the hassle. I don’t need, at least right now, to go anywhere else. So, why would I? But again, never say never.”

“I want to get guys and girls who have wanted to do this their whole life, give them some advice, check up on them from time to time, and help them get to the next level or the Performance Center. A lot of my friends are [in AEW], guys I love, but I know what I’m doing in WWE. I know what’s asked of me and I kind of like that.”

AJ Styles has spoken openly about his plans to retire before. He battles that idea every day. He still projects that there are a few more years in the tank.

He’s also in great shape and we’ve seen men wrestle into their later years if they take care of themselves. At least it seems that AJ Styles has ideas about what he wants to do when the day finally does come to hang up his boots.