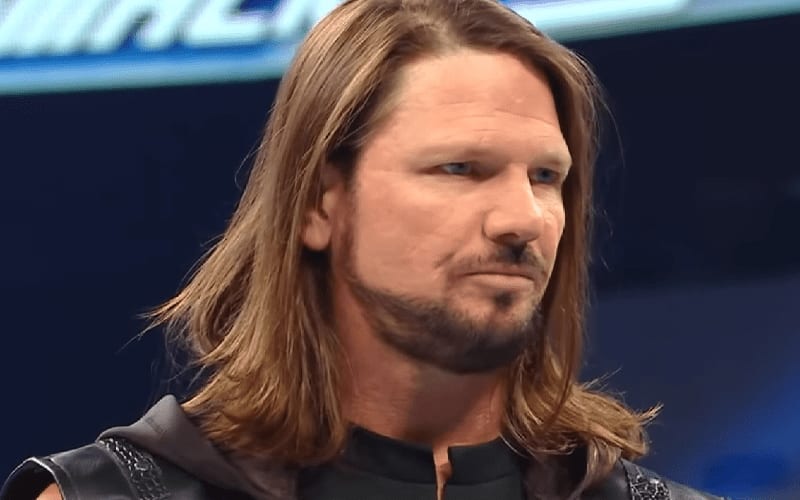 AJ Styles and The Undertaker battled at WrestleMania 36 in a Boneyard Match, but they both also share another commonality. Both know the struggle of dealing with thoughts of retirement.

Styles has years left in his career, but he also knows that his bumps are limited. He spoke to Busted Open Radio recently where Styles discussed the constant battle between his brain and his body.

The Phenomenal One knows that retirement is unavoidable, but he also loves wrestling so much. He revealed that it is daily battle that he deals with at this stage in his career.

“Well, I’ve definitely got more. I’m going to take this body to the limit. And you know, I enjoy what I do. I respect what I do, I take pride of everything that happens in the ring. And so, I want to do it as long as my body and my brain and everything’ allowing me too.”

“A lot of times, I feel like my body and my mind are going, ‘No, no,’ like they argue with each other. Like, my brain’s telling me that I can do it but my body’s saying, ‘Don’t even try it.’ So I think when they both come together, the brain and the body, and say, ‘Hey, maybe it’s a good time to hang it up,’ maybe we’ll do that. But when is that? This is something Undertaker talked about. It’s something that you battle with on a daily basis because you love what you do.”

We’ll have to see how long AJ Styles remains an active competitor in the ring. It sounds like this is a subject that he’s been mulling around in his brain for a while.

Even after he retires from in-ring competition you can never count him out from becoming a valuable resource as WWE uses their veterans to help others hone their craft. It’s hard to imagine that there are many people out there who would be better suited for that kind of position.