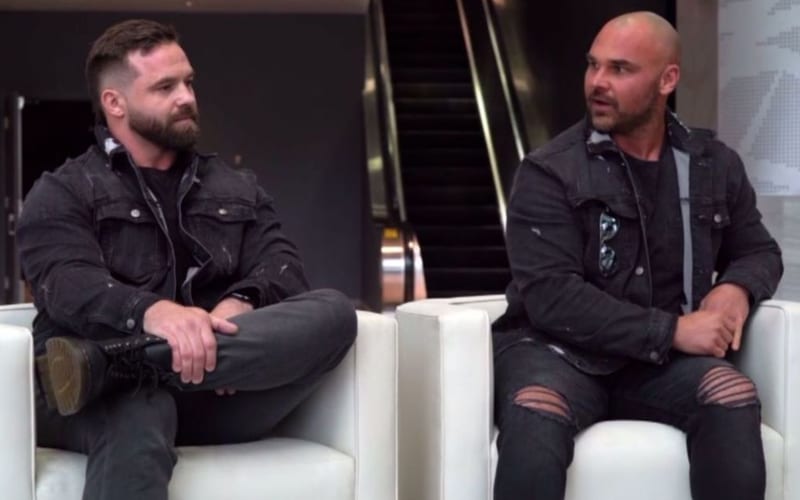 FTR are now in AEW, but that doesn’t mean they’ll stay there. The former Revival have handshake deals with All Elite Wrestling instead of written contracts.

Dax Harwood and Cash Wheeler have big goals in AEW, and beyond. They were glad to accept the opportunity with AEW, but they aren’t the closest of friends with The Elite as some thought.

While speaking with Wrestling Inc, Dax Harwood explained that they had discussions with AEW, but the perception that they’ve been close friends with The Elite for years is a misconception. According to Dax, The Elite started FTR on their own. He said that The Elite started “the whole FTR thing,” but it didn’t bother them.

“I think that the perception is that we have been friends with these guys for years and we were okay with them doing that. We’ve had discussions with them and discussions with Cody as well. When they first started the whole FTR thing, that really didn’t bother us as they’re trying to make a name for a couple of guys who are carrying tag team wrestling. For so long they carried tag team wrestling – I’ll give them that. But then here comes two 5-foot-10 North Carolinians who don’t have to go out there and do ‘Too Sweet’ and superkicks and all that nostalgia stuff. We go out there and work and we grab the audience’s attention. I think they got a little jealous of that and that’s okay, as I said, we’ve had discussions about that.”

Cody Rhodes got on Busted Open Radio a few months ago and said something about FTR’s matches being practiced. Harwood took great exception to this as he made things very clear that he doesn’t practice his matches and he never has.

“I have never – in over 15+ years in this glorious business – have I ever practiced a wrestling match. For Cody and The Young Bucks to say that we were practicing for weeks, that was a little too much for me. So the FTR thing – whatever – but don’t try to discredit our legacy.”

FTR are not scheduled to be on AEW Dynamite this week, but that doesn’t mean they will be absent from the show. The former Top Guys in AEW are still in the midst of a feud with the AEW World Tag Team Champions. While they tease a match with Hangman Page and Kenny Omega, the Young Bucks are also an obvious destination dream match for Dax and Cash as well.