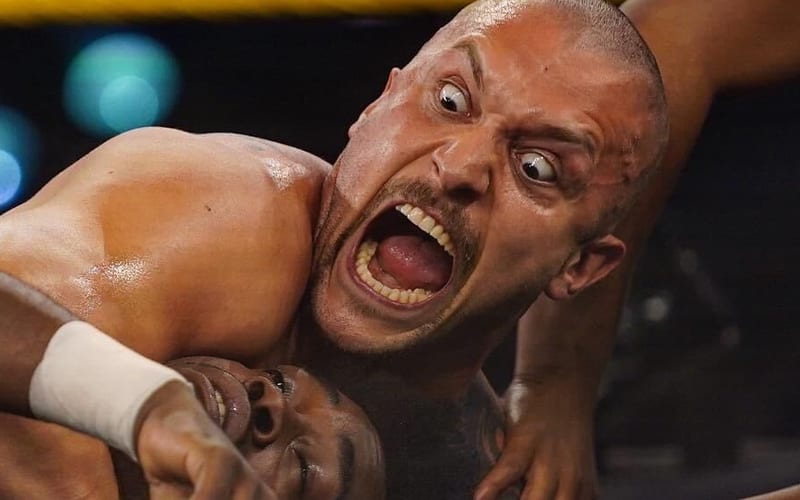 Keith Lee won the NXT Title at the Great American Bash, but it didn’t take long at all for another challenger to make his presence known. Karrion Kross is now after Keith Lee, but which title does he want?

Kross received a huge spotlight upon his WWE NXT debut. He is presumably set to take on Keith Lee soon enough. Scarlett made that 100% clear when she came down last week and presented Lee with a broken hourglass.

While speaking to Pro Wrestling Sheet, Karrion Kross was asked which of Keith Lee’s titles he is interested in going after. Kross had a hard time choosing, and he has “big pants,” so it might require two titles to hold them up.

Karrion Kross never reached the top of Impact Wrestling as Killer Kross. He is getting a very serious treatment in NXT. Presenting him as an undeniable force alongside Scarlett could do a lot of good for the Las Vegas resident.

William Regal’s big announcement this week could also change NXT’s landscape depending on what he has to say.

Do you think Karrion Kross will be able to defeat Keith Lee? Sound off in the comments below!