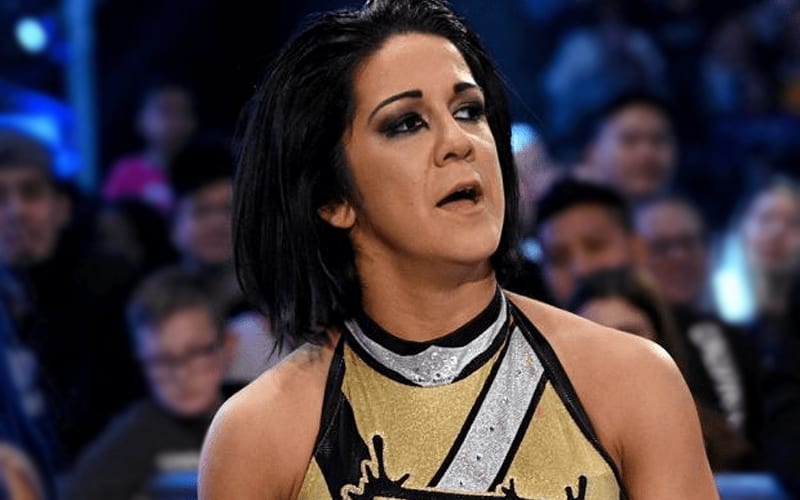 Update: Stephanie McMahon has already replied to Bayley. She seems curious to know what this is all about.

Original: Stephanie McMahon made a special appearance on WWE RAW this week. The Billion Dollar Princess wasn’t in the building, but she did show up on the big screen inside the WWE Performance Center.

McMahon booked a match for next week between Sasha Banks and Asuka. The hope is to finally determine who is the real RAW Women’s Champion. It will also presumably pop a rating.

Bayley wasn’t too happy about Stephanie McMahon showing up to ruin Sasha Banks’ good time. This was followed by a match against Kairi Sane which Bayley won.

The SmackDown Women’s Champion tweeted out: “Stephanie McMahon is done for!!!!” along with several angry emojis. She is obviously ready to give McMahon a piece of her mind when the time comes.

We’ll have to see if Bayley follows through on her apparent threat against Stephanie McMahon. It’s not the wisest threat to make considering that Stephanie McMahon is a WWE executive and daughter of Vince McMahon. Bayley might not care about those ramifications right now because she seems pretty upset about things.