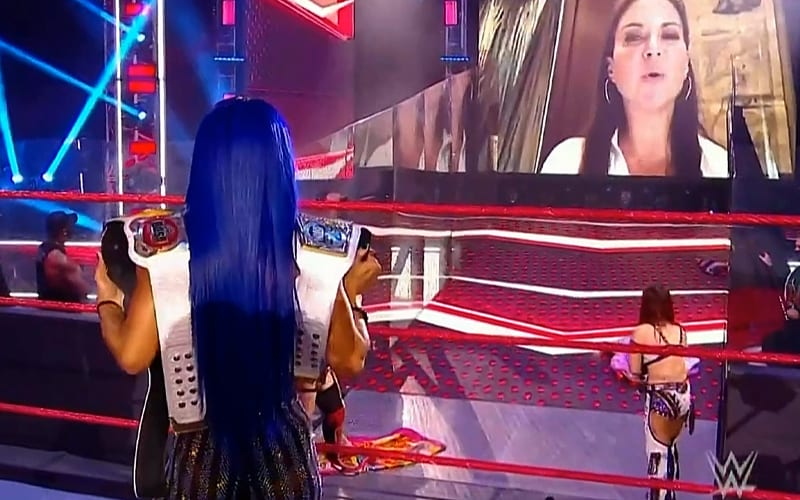 Sasha Banks walked out of the Horror Show at Extreme Rules with the Raw Women’s Title, but that didn’t make her the champion. The issue will be cleared up next week as they run the match again.

Sasha Banks and Bayley came down to the ring during Raw this week. They were very proud of how things took place at Extreme Rules. Asuka and Kairi Sane entered the situation next and Asuka stated she wants her title back.

Suddenly, Stephanie McMahon appeared on the screen. She said that their Extreme Rules match was indeed a horror show. Then McMahon booked another Raw Women’s Championship match for next week.

Asuka will face Sasha Banks for the Raw Women’s Title next week. The title will be awarded to the winner no matter how the match ends. This means the title can change on DQ and countout along with pinfall and submission.