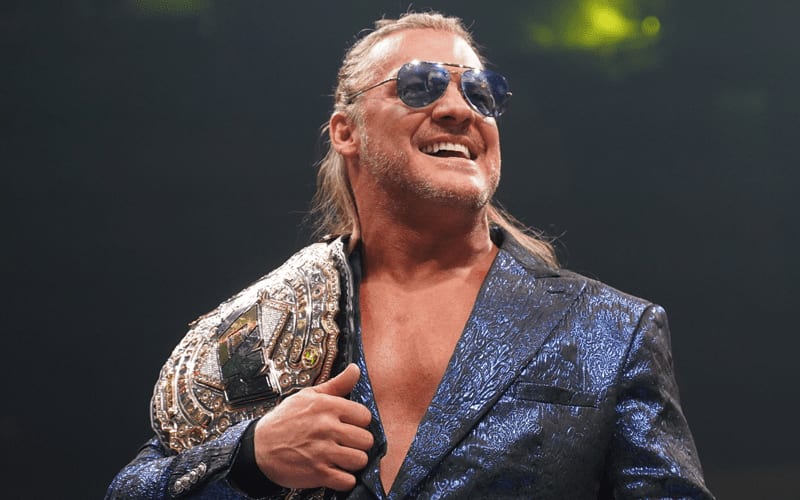 Chris Jericho was AEW Champion for 182 days. During his time as champion Jericho was able to tell a lot of entertaining stories. He really wanted one match that just couldn’t happen.

During his Saturday Night Special, Chris Jericho revealed that he originally wanted to defend the title against Sonny Kiss to give him a rub. The plan wasn’t for Kiss to win the match, but having any time in the ring with the top title holder is always a good thing.

In the end, they went with Darby Allin because that’s what Tony Khan had in mind. Chris Jericho then went on to discuss how “tremendous” of a job Sonny Kiss did against Cody Rhodes last week at Fight For The Fallen.

You know, it’s funny. The original plan for week three for AEW Dynamite when I had the Philadelphia Street fight against Darby [Allin], we were looking for me to have a title match kind of right off the bat [who] was somebody that I could beat and kind of give a rub to. My original idea was Sonny Kiss and Tony [Khan] suggested Darby Allin and we went with that, which was sort of great,” Jericho said. “But I thought Sonny Kiss did tremendous this week against Cody. Sonny will actually be on Talk Is Jericho next week. She and I did a podcast. Yes, I did say she. You’ll hear all about that. We did a podcast the day together and I’m excited to unleash it on all you guys. Sonny is very, very cool. A tremendous athlete and I always enjoy hanging out with her.

Sonny Kiss might get an AEW World Title shot eventually, but Chris Jericho is no longer the champion. He dropped that title to Jon Moxley who is now just under 40 days from breaking Y2J’s streak as AEW World Champion.