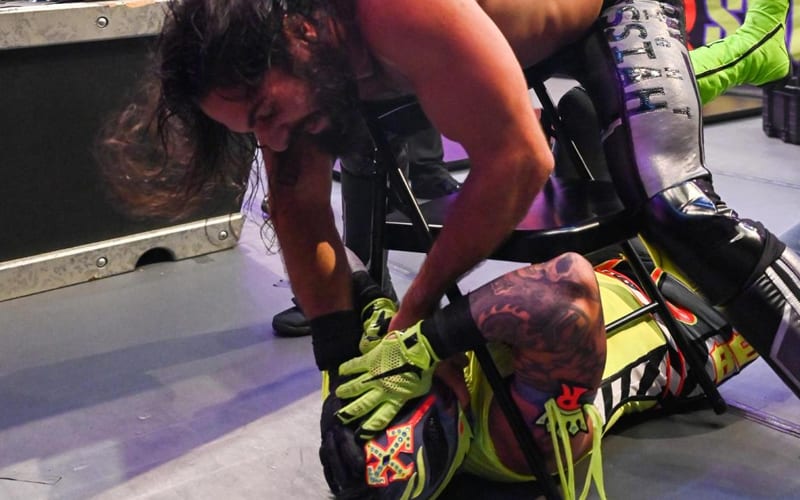 The Eye For An Eye match ended with Rey Mysterio losing his vision, but there’s a chance he could recover. This was quite a production, but they didn’t need to use any CGI.

Mike Johnson noted on PW Insider Elite Audio that the Eye For An Eye match was not live. The word “live” was on the top of the screen, but that’s not the first time WWE has stretched the truth before.

The Swamp Fight was also pre-recorded, but the Eye For An Eye match wasn’t taped on location. They taped it prior in the day before the event.

Vince McMahon “was personally involved in the pricking of the weapons.” He was also “involved in laying out how he wanted this to go.” McMahon was very hands-on with this contest.