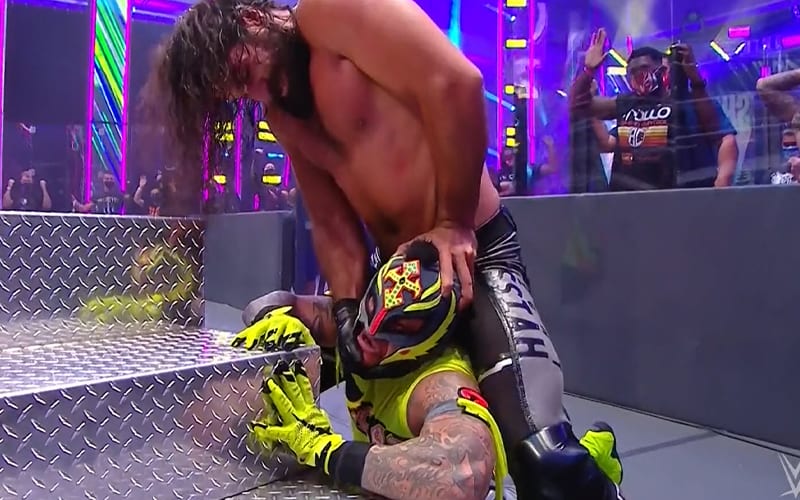 Rey Mysterio lost an eye at the Horror Show at Extreme Rules. This was a gruesome stipulation, but there was a reason that they went this direction.

Rey Mysterio has yet to sign a new contract with the company. The Eye For An Eye match was a way to write Rey Mysterio out of the picture according to Dave Meltzer on Wrestling Observer Radio.

They provided an update on Mysterio during the show saying that he might regain his eyesight. This left a door open for him to regain his vision and make a return later on.

It was also noted that if Rey Mysterio decides to go to another pro wrestling company it’s very likely that he his vision will be 100% restored. This is a very interesting situation.