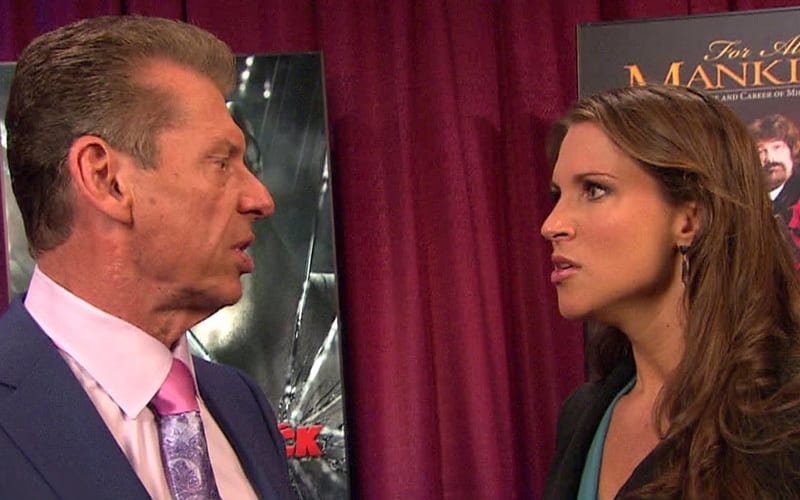 WWE presented another pay-per-view recently and fans had a lot to say about it. Some enjoyed the effort that everyone put forth, but a majority had negative reactions. If you ask Vince Russo, he knows exactly when things started to go wrong for WWE’s creative direction.

On his Brand podcast (Transcription by Ringside News), Vince Russo spoke about WWE creative and where things went wrong. He said that Vince McMahon doomed WWE’s creative direction when he put Stephanie McMahon as head of their stories and allowed her to continue in her position well past the point where she should have been removed.

“I think that was the biggest mistake that Vince McMahon made in the history of the company. I don’t think he is recovered from it and I think it has a lot to do with them being in the spot that they’re in. She, listen man, we all know ourselves we’re good at some things and we’re not good at some things. I was the guy who could write the show and I could produce the talent. Okay? I knew what I was good at. I never tried to do anything else because I firmly believe when we try to be something we’re not that’s when we get ourselves into trouble?”

“So immediately by putting her in that position there was no turning back. You can look at ratings since she’s been in that spot if there were anybody else that spot would have been turned over at least five times by now.”

Stephanie McMahon is no longer head of WWE Creative. She is now the Chief Brand Officer and speaks as the company’s mouthpiece. WWE did end up going a different direction with creative eventually, but they have found themselves in another difficult position once again.

Click here for a detailed run-down of how WWE creates their scripts after Paul Heyman’s firing.

What can WWE do to help their creative? Sound off in the comments below!