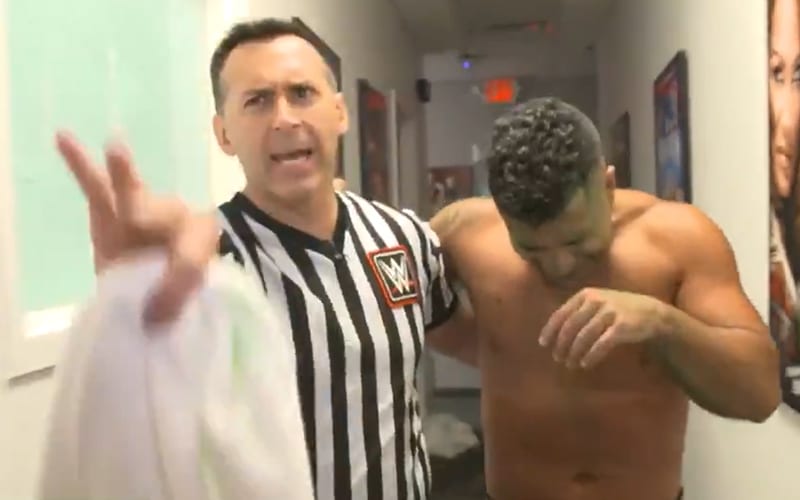 WWE held a Horror Show at Extreme Rules, and it was quite a wild night. Some fans didn’t like the finish of every match, but that’s what keeps them coming back for more. The RAW Women’s Title match certainly had a controversial ending.

WWE referee Eddie Orengo took a shot of mist in the face from Asuka. This blinded him and gave Bayley an opportunity to borrow his referee shirt for a three count. The status of the RAW Women’s Title is still a matter of debate.

Following the match, they took Orengo’s eye situation very seriously. WWE only planned on blinding one employee at Extreme Rules and Rey Mysterio met their quota.

Orengo was rushed to the back where he was taken care of. He will probably be okay, but this was not something he wanted to take place at work on Sunday.