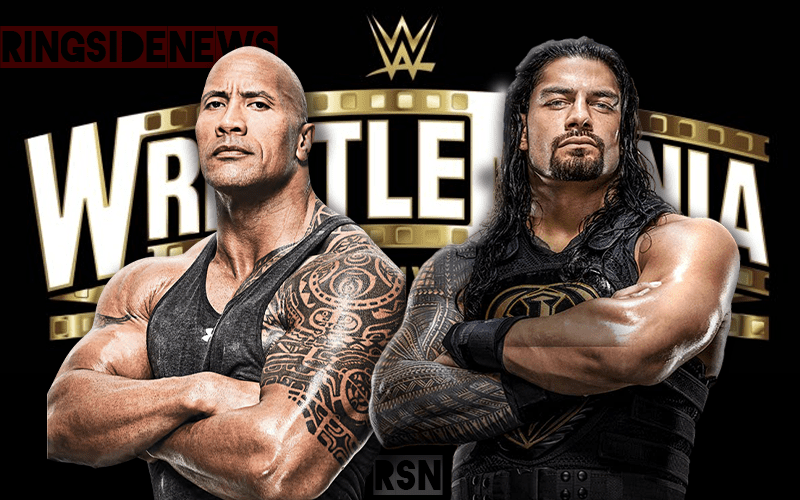 The Rock doesn’t have much time for WWE anymore. When they go Hollywood for WrestleMania 37 it might be hard for him to pass up that opportunity.

While speaking to the press at the WrestleMania 37 press conference, Roman Reigns agreed that the SoFi Stadium in Los Angeles would be a perfect place to finally wrestle his cousin. He took this chance to speak directly to Dwayne Johnson as well.

“I said it earlier, man — If there’s a stadium — hey, DJ, check it out. You know everyone’s always dream match, me and him. First of all, we’re family so it’s all love. If there was going to be an event for him to compete in, to perform in. A venue to hold that mass-scale type of attention he will bring, it’s right here in your backyard. You know what I mean? You ain’t gotta go far.”

We’ll have to see if WWE or Roman Reigns can convince Dwayne Johnson to lace up his boots once again. He is always in shape, but performing in the squared circle takes a totally different type of focus.

Dwayne Johnson has a busy film career so we’ll just have to wait and see if it’s a possibility for The Big Dog and the Brahma Bull to collide at the 37th show of shows.