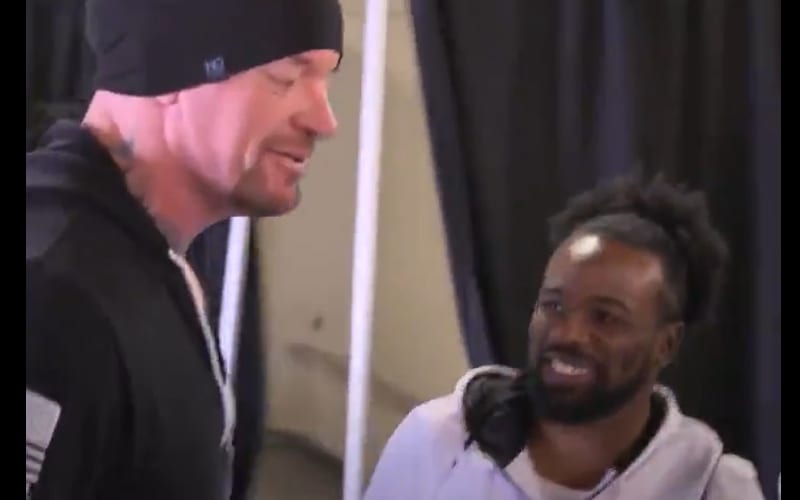 The Undertaker was judge over Wrestlers’ Court for years. His legendary persona outside the ring included the idea that whenever someone had an issue with backstage politics The Undertaker was there to decide who was right.

During the new bonus episode of the Last Ride docuseries, The Undertaker revealed a present that Xavier Woods got him that means a lot to him. The New Day member presented Taker with a gavel backstage one day at a WWE show.

He said “I was blown away, really,” to receive that gift from Xavier Woods. He even had “Judge Undertaker” etched on the side of it.

Taker had the gavel on him during the interview. It was small enough to fit in the pocket of his hooded sweatshirt. The Deadman said he hasn’t used it in Wrestlers’ Court yet, but he has used it to lay some judgments down on misbehaving children.

You can check out the video below. That gift from Xavier Woods might not have cost a lot, but it meant a ton to The Undertaker.