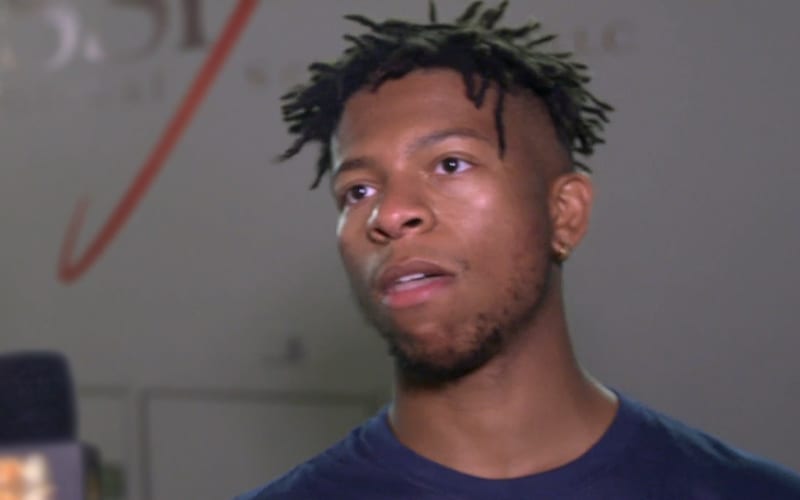 Lio Rush logged onto Twitter today to get some things off his chest. He called out Finn Balor to squash their beef. Then he turned around to address the entire pro wrestling world.

Rush sent a clear message as he said in all caps “BEING BLACK IS NOT A GIMMICK.’ The Man Of The Hour wrote it twice to make sure people heard him.

He then fired off a few more tweets to elaborate his point. He stated that if the business is going to evolve for championships, women’s wrestling, and “corporate funding of pointless sh*t” then promoting African American wrestling needs to be a priority as well.

We are strong, we are dedicated, and most importantly we are hungry. If one thing evolves, then everything must! including your system. Let’s not go backwards. Let’s move forward. and we will not be marginalized to your backstage ass-kissing political antics.

Being an African American professional wrestler is alot harder than you think and too be honest it’s exhausting as hell.

What I’m tired of seeing and experiencing in the wrestling community are African Americans being villanized for false stories and minor mishaps. This isn’t random, it’s very current and it’s been current. I’m sick of it. The system isn’t just the problem….

….. it’s also the people tweeting and saying that African Americans have mental issues when they decide enough is enough and finally decide to speak out. It’s disgusting.

Don’t be confused. Just read. There’s nothing confusing about it.

Lio Rush’s non-compete clause with WWE ends this week. He will likely wrestle at least once more. He promoted his final match the other day, but we have no other information except that it is coming.

Rush is fighting a battle that so many others are waging as well. Hopefully, the pro wrestling world and every other aspect of society will eventually see equality. It might take a while, but there are many people fighting to make that change as well.