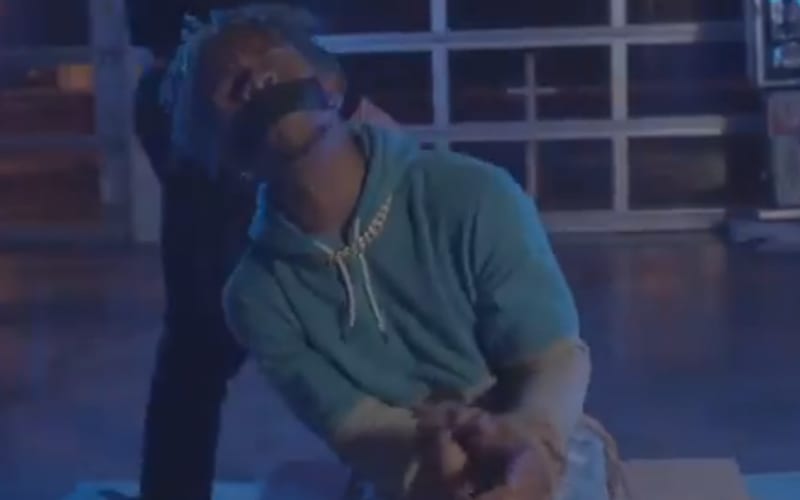 Lio Rush was released from WWE on April 15th. This week everyone who was released from the WWE main roster on that day will become a free agent. Rush’s 90-day non-compete clause might be running out, but he is planning his final match.

The Man Of The Hour posted an interesting social media update the other day. He released a video that hyped his career so far before announcing his final match is coming. Today he followed that message up with another video.

This new video drop from Lio Rush represented a lot of negative opinions that people have about him. Jim Cornette’s voice and others were featured as they dragged Lio Rush. He also sat in a chair with tape over his mouth until it was eventually pulled off.

Exactly 1 week away from #TheFinalMatch

This was a very interesting way to hype whatever is coming next for Lio Rush. He used an ESRB parody rating where he said IDGAF instead. He also said the video is rated “F For F*ck You.”

What do you think Lio Rush is planning next? He has certainly been able to keep people guessing.