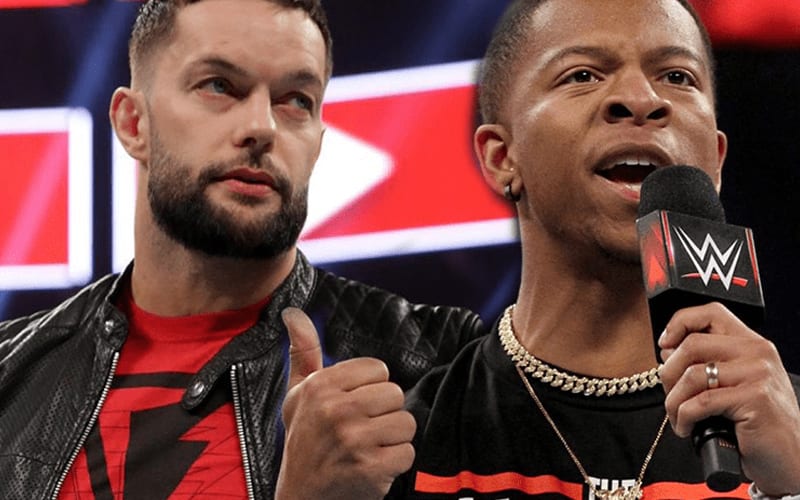 Lio Rush is no longer a WWE Superstar and it’s been over three months now since he was released. He still has some baggage that he’d love to squash.

Finn Balor and Lio Rush apparently had some beef. Rush said he never had any issues with the first-ever Universal Champion, but a story came out saying the opposite.

Lio Rush wanted to squash this beef. He sent out a couple of tweets and tagged Balor. He wanted to know why Balor didn’t tweet out and diffuse the situation when he could have.

Let’s nip this in the bud. I never had any beef with @FinnBalor. I texted you and told you I didn’t know where this story even came from and your words exactly were “ I don’t want to say anything about it publicly because it would draw more attention to the situation”…. welp

And then i told you @FinnBalor I’d appreciate it if you diffused the situation because i thought we were cool from the times your now wife watched my son at live events. I knew you had the power/influence to do that. You never texted me back & you never diffused the story. Why?

Finn Balor might not have said anything publicly because he didn’t want to be further involved. Acknowledging it would have also made more people pay attention to the initial story. It wasn’t a good look for either of them.

Later on, Rush tweeted out an animated gif of Kemit the Frog drinking some tea. He also included a caption saying: “Some of y’all are weird af man. But it doesn’t surprise me. I see the kind of people y’all support in this industry on a daily faithfully.”

We’ll have to see if Finn Balor replies to Lio Rush. In the meantime, Rush is still preparing for his final match.