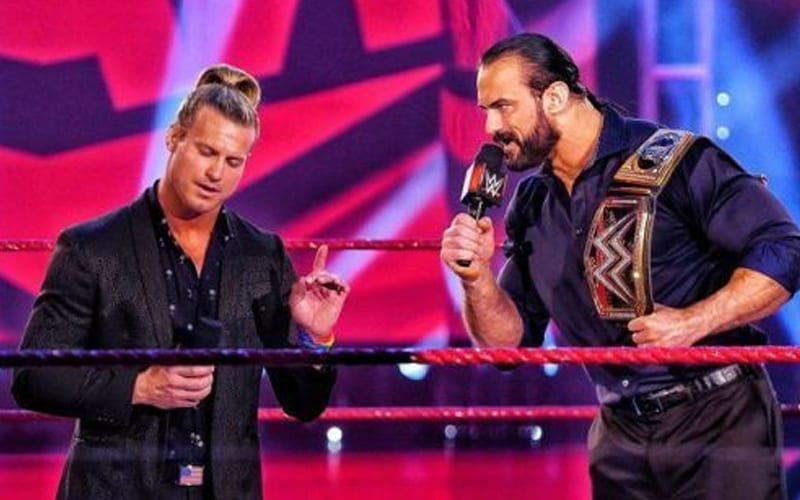 Update: Click here for the latest update about the entire Extreme Rules script

Original: WWE is holding a Horror Show at Extreme Rules this Sunday. Drew McIntyre will defend the WWE Title against Dolph Ziggler and the King Of Claymore Country is letting the Show Off pick the match’s stipulation.

The Horror Show at Extreme Rules is already a stipulation match heavy event. That is typical for Extreme Rules pay-per-views, but this year has some very extreme ideas.

Ringside News has learned that as of late this week the company was still batting around ideas for that WWE Title match stipulation. Dolph Ziggler teased that he has something in mind that no fan has seen before, but in reality, he doesn’t even know what it is yet.

We were additionally told that an issue WWE had with this situation was figuring out a stipulation where Drew McIntyre won’t squash Dolph Ziggler. The idea is for Ziggler to survive long enough in their Extreme Rules match.

There are a couple of ideas floating around for this match. It was noted to us that a TLC match is actually a possibility, but nothing has been nailed down as of late this week. Yes, there is “leaked” graphic which we saw that says “TLC Match.” It is a possibility, but it’s not official.

WWE has a lot of options available for the Horror Show at Extreme Rules. They obviously need to make a decision soon.