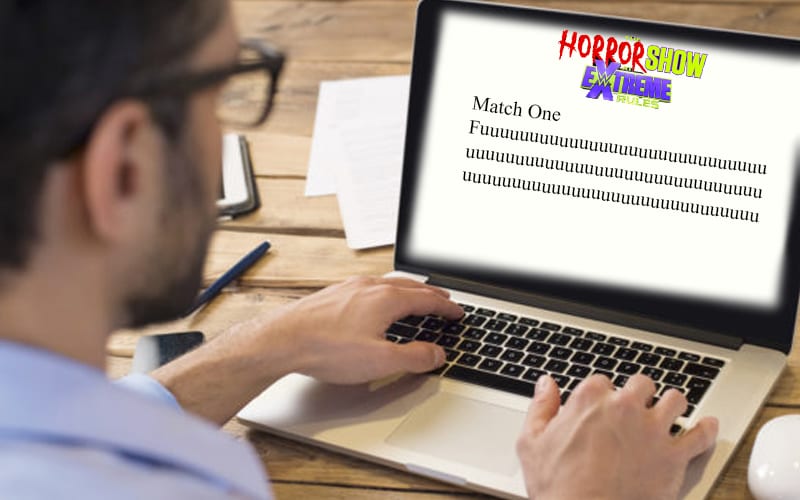 WWE’s next pay-per-view is this Sunday as they hold a Horror Show at Extreme Rules. They are having a little bit of trouble deciding on how they are going to go about some things.

We exclusively reported that WWE was still mulling over their decision about the stipulation for Drew McIntyre and Dolph Ziggler’s match for the Horror Show at Extreme Rules. We know there’s a “leaked” graphic, but the decision wasn’t officially made as of yesterday evening. Ironically, a TLC match is a possible option which was on the “leaked” graphic.

Ringside News has learned that as of last night the WWE Title match’s stipulation wasn’t the only thing left to figure out. The script for the whole pay-per-view was still being discussed.

The company has a lot going on in the next couple of days. They are shooting cinematic material for the Horror Show at Extreme Rules and they also need to record SmackDown for this week. The script for Extreme Rules will likely be completed in time, but they might cut it close.

WWE isn’t filming any footage prior to the pay-per-view that will air afterward. Everything they tape in the next couple of days will air without Extreme Rules results in mind. It’s a good thing that is not the case because the company is still deciding on a few things.